Imagine this scenario: you take an extended trip to three foreign countries. You don’t exchange currencies or pay the fees to do so. You spend your money without ever taking it out of an ATM or paying international transaction fees.

This scenario isn’t a pipe dream. It could be the future of international currency.

How does it work? Bitcoin.

DISCLAIMER: This article is a speculative look at the future of travel and currency. It does not constitute, nor should it be interpreted as, investment advice. Please speak to a professional before investing.

Let’s start with the basics: What is Bitcoin?

Bitcoin is a digital currency that allows for worldwide payments with low or no fees. Because it’s based on peer-to-peer technology, no central authority (like a government) controls Bitcoin. It’s entirely decentralized.

Here’s a video that will help you understand Bitcoin.

You may have first heard of Bitcoin as the payment system behind Silk Road, the online black market later shut down by the FBI. Bitcoin was the Paypal to Silk Road’s eBay.

Don’t be scared off by people having used Bitcoin for illegal purposes. The currency itself is not illegal.

Now that Silk Road has been shut down, Bitcoin has a better shot at legitimacy and widespread adoption without the negative stigma.

The entire concept is still very new. Only the earliest adopters are using Bitcoin right now. The number of Bitcoin transactions is growing, but the price is still very volatile.

The price increase has been beneficial for investors and speculators, but, for Bitcoin to ultimately succeed, it will need to be used in exchange for goods and service, not just as an investment vehicle.

Why Would Anyone Use Bitcoin?

Bitcoins can be spent across borders with small or no transaction fees, making them useful for any purchase.

However, Bitcoin’s inherent strengths have helped it gain popularity for specific use cases.

In many parts of Africa, Latin America, and south Asia, most people have no access to credit or digital payments; with Bitcoin, that infrastructure comes for free.

Since Bitcoins can cross borders without fees, they are ideal for international workers sending money back home.

As mentioned earlier, Bitcoin is a peer-to-peer system without a central, government hub. Therefore, it has caught the attention of people who distrust their governments. Unlike traditional currencies, Bitcoin is immune to manipulation by unscrupulous governments.

In countries with unstable currencies, bitcoins may be a comparatively safe place to store one’s money.

Where Can You Spend Bitcoins?

The above use cases are great, but you can also use bitcoins to buy stuff. And to travel.

While far from universal, Bitcoin can be used to buy many goods and services. In fact, one couple traveled for 101 days across three continents paying only in Bitcoin.

In November, CheapAir became the first online travel agency to accept bitcoins as payment for flights.

You can even use bitcoins to travel to space on Virgin Galactic. 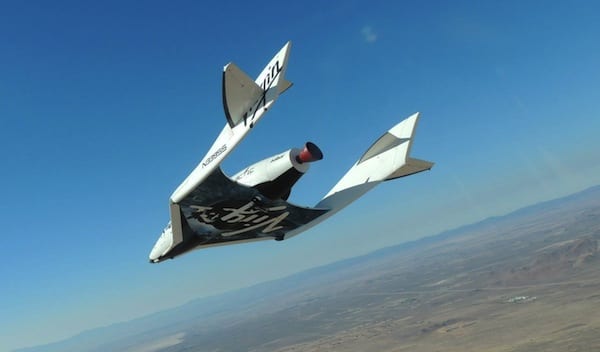 For more businesses accepting Bitcoin, check out Bitcoin.travel. On the site, you can search for online and brick and mortar businesses that accept Bitcoin. You can find businesses anywhere in the world by category.

Promotions like Bitcoin Black Friday and integrations like the one with Shopify’s 75,000 stores will encourage more merchants to accept the new currency. The more merchants that accept Bitcoin, the more valuable and useful it will become.

We urge our fellow travel businesses to accept also Bitcoin because of its potential as a cheap, convenient international currency. As merchants, we have the responsibility to promote this new way to pay.

With enough adoption, Bitcoin could become the preferred currency for global travelers.