I’ve lived in Boston three years now, and I’ve had friends visit me here from all over the world. Although our winters are (rightfully) infamous, especially after 2015’s icy deluge, most people don’t know that Boston is oppressively hot in the summer. What’s more, a visit to Boston is sure to involve a lot of walking, because the centuries-old city streets make taking the T a much better option than trying to drive around.

The most interesting things to do in Boston— exploring neighborhoods, taking a ferry to the Harbor Islands, seeing a game, eating cannolis — demand everything from a bathing suit to a good scarf, so being aware of the season is key. Here’s your Boston packing list:

Stuff You Should 100% Definitely Pack

No trip to Boston will be comfortable without: 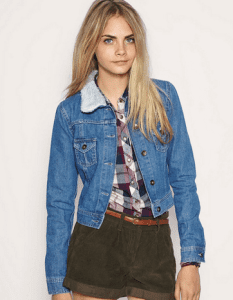 I’ve always been a fan of my beat-up denim jacket, but a leather jacket, or hoodie, will work just as well. The downside to bringing a leather jacket is sacrificing some comfort to look cool, but on the other hand, nothing looks sloppier than a hooded sweatshirt. It’s up to you.

Again, Boston requires a ton of walking. It’s not a huge city by any means, but savvy travelers will consider Somerville and Cambridge, across the Charles River, as must-see destinations, and the best way to get across the Charles is on the Red or Orange Lines. You don’t want to lug all of your belongings around with you every time you leave the house, so bring a daypack and lock up what you don’t need that day.

You’re going to be walking constantly. Aside from Newbury Street, Boston is an extremely casual city. Although most tourists look put together, you’re going to get weird looks if you’re in heels on the street. Some neighborhoods in Boston are full of sneaker-heads, so if you have cool kicks, pull those out for city hiking. Bonus points if you buy a new pair at Bodega, the sneaker snob haven that looks like a rundown corner market until you press a secret button and enter the real store through a fake soda machine. No, seriously.

There’s no better way to start a conversation with townies than by wearing a Pats pin, Celtics socks, Bruins beanie or Red Sox t-shirt. Boston is not a town that takes well to ironic oppositional clothing, so don’t assume wearing a Yankees hat will make you a jovial buddy to the folks at the local bar. Bostonites don’t see outsider-branded-clothing as kitschy; they see it as annoying. If you want to wear a conversation piece, or blend in while you’re visiting Fenway, just go with the flow.

That said, some neighborhoods are hipper, or classier, than others. Leave your Red Sox cap at home if you’re walking around Jamaica Plain or Coolidge Corner for an afternoon.

Like most east coast cities, Boston is sunny and hot in the summer, so sunglasses are a must. In the winter, every inch of the city is typically covered in snow, which reflects sunlight back like you wouldn’t believe. Sunglasses are a great idea, no matter what time of year it is.

Wet & Unpredictable Spring: What to Pack in April-June

Note that Boston’s spring does not begin until April. Unlike a lot of cities in the U.S., March in Boston is still claimed by our boisterous, snowy winters, and you should pack accordingly. In the spring, however, you’ll want to pack:

Rainy periods in Boston will arise suddenly and end as quickly as they began, so you’ll want a shield from the rain that doesn’t weigh a ton. I personally think umbrellas look more adult and stylish than a rain cover or a poncho, but other Tortuga writers disagree.

Opening Day at Fenway is in early April, and if you’re visiting Boston for the first time, you owe it to yourself to see Big Papi hit a ball straight over the Green Monster. Attending a baseball game can mean sitting in direct sunlight for several hours, so bring the baseball fan’s basic Boston packing list: a light-colored shirt with sleeves, a hat with a brim, sunglasses, sunscreen, and one layer you can remove, or put back on.

Dark wash jeans that fit well are always a smart choice. Fred knows this. And, short sleeved t-shirts can be worn around the city if the weather warms up around noon.

You may not want thick socks and sneakers in spring, but Boston isn’t quite ready for sandals between April and June either. I wear a pair of white canvas Keds to death in the spring, without socks, and they always serve me well. Others prefer Converse low-tops.

One that you don’t mind getting a little ratty will serve you well. You’ll wear it on a day trip to Walden Pond, the bottom half will get scraped up as you sit on the edge of the Frog Pond in Boston Common, and you’ll get it all soaked with chlorine at one of Boston’s many public pools.

The preppy, classic, look; whether you’re just walking along the Seaport or actually sailing in the Charles. Boat shoes with good tread, like Sperrys, will also work for ferry rides out to the Harbor Islands.

For guys and gals, with long hair, you can never have too many of these, and you will not want your hair sticking to your neck and forehead during Boston August.

Light colors and fabrics for everyone, and ladies: pack flowing t-shirts or a sundress to keep yourself cool without getting too much sun.

Although Boston is a hot summer city, it’s not really a beach town, so leave the sarongs and heavy skirts at home. You probably won’t want jeans either. Sorry Fred.

Best of Boston: What to Pack for September & October

Autumn in Boston feels like a spiritual awakening. The students are back at all of the city’s colleges, filling all the bars with their optimism and naïveté, and every tree in the city is aglow with color. If you’re visiting Boston in the fall, it’s worth driving out west to see the leaves change color. Hike the Blue Hills, or cozy up in the Trident with books and a chai latte.

Pack jewel toned cords and polo shirts. This is Harvard and Wellesley’s turf: the city where classic, old money preppy was invented. Make yourself feel like a million dollar trust fund kid and dress like a person Holden Caulfield would have called a phony.

Don’t bulk up your bag with too many sweaters when one will do. A pullover is a great, no hassle addition to your Boston packing list. Tie it around your waist if it gets warm, or over your shoulders if you’re really trying to commit to the whole Ivy League thing.

Frozen Tundra: What to Pack November-March

You had better have a really, really good reason for visiting Boston in the winter. The snow isn’t even the primary problem here, though it’s a considerable one. Boston in winter means the entire city is pitch black by four thirty in the afternoon, and the sun doesn’t fully rise until seven the next morning. If you’re interested in Boston’s limited night life, but you’re some kind of a sadist who enjoys eight degree weather, here’s what you’ll need:

A Knee-Length (At Least!) Puffy Down Coat

I am deadly serious. There is no other option. You may want to bring a peacoat in order to feel put-together, but nothing is going to protect you more effectively than a goose-down parka that falls just where your boots begin. It must have a hood.

When I moved to Boston, I fell in love with thin, durable, moisture-wicking scarves that double as head wraps and balaclavas. I know that’s a mouthful, but they’re out there. Put one of these thin-feeling wraps underneath a chunky, huge infinity scarf and you’ll feel warm during your winter-time Santa Con pub crawl.

Repeat after me: Do. Not. Take. Your. Gloves. Off. In. The. Winter. Air. These lightweight little gloves with special fabric on the thumb and forefinger are great under your pair of thicker gloves. They’ll let you use your phone without exposing bare skin. The one thing they won’t do is let you use that thumbprint access on your iPhone. Sorry. If you’re from southern California, you might not know you need these. You need these.

Sorels are my personal favorite. Your thin leather boots will not do the trick. You feed fuzzy stuff inside. You need serious tread on the bottom. Ice is not your friend.

Fleece lined tights are a god-send, though they were only developed in the last few years. These can be worn under dresses, or even under a pair of jeans to serve as an extra layer. There are men who succumb to these in winter too. They’re that good.

Think high performance thermal wear under everything, tank tops under t-shirts, under long sleeves, with a sweater to pull on over it all. Think two pairs of socks. Flannel, or fleece, lined jeans are a happy thing, mid-winter in northern climes. Lightweight merino is your friend.

Or fleece, your choice. Extra points if they are footed, or if your Grandma made them. You’ll thank me.

Packing for Boston will look vastly different, depending on the season. Remember to always bring:

And especially in winter:

And no matter the season, the best way to get the surly locals to hang out with you and shoot the breeze is to wear memorabilia from a Boston sports team. Don’t overdo it, though. A classic Red Sox hat goes a long way.