The first time I heard about smart suitcases was from a friend who was advising a smart luggage company. He wanted my feedback. My first thought was, “That’s a gimmick. It’s not a solution; it’s technology in search of a problem. Who’s going to buy that?”

Now is when I admit that I was wrong. Very wrong. I’m the CEO of a luggage company, love technology, and live in the Bay Area. Yet, I still missed it.

I may have misjudged that market but my opinion hasn’t changed much. Despite the $64.3M raised by just the five companies above, Tortuga is not entering the smart luggage market. I’ll explain why since people are excited about this category and ask us about it.

I have a theory about Kickstarter: the more features that you list, the better your campaign does.

Here are two travel jackets (Baubax and Adv3nture Hoodie) which both boast of their number of features in the headline. Not the benefits you get from using the product, but the number of total features. Both campaigns are filled with images and video thumbnails featuring a maze of callouts pointing to each feature.

At Tortuga, we don’t cram in as many features as we can. We try to have the right features and no more.

“Good design is as little design as possible. Less, but better – because it concentrates on the essential aspects, and the products are not burdened with non-essentials. Back to purity, back to simplicity.” — Dieter Rams 10 Principles for Good Design

Most smart suitcases are beautiful and, in many ways, well designed. However, we believe that they are overbuilt and include features that sound cool but aren’t truly useful in practice.

The built-in battery for charging a phone is the most appealing to me. Everyone has had the experience of running down their phone’s battery at the airport and having to hunt for an outlet.

As airports modernize, most have extra outlets or charging stations. Even when they don’t, I want a battery that I can use throughout my trip, not just while sitting next to my suitcase at the airport. If I had a smart suitcase, I’d still carry my small, external USB battery so that I can charge my phone during the other 99% of my trip.

The scale is an even more acute version of the problem with the battery. The scale is another piece of hardware that you must lug around 100% of the time to use a handful of times during the life of your luggage.

If you’re a frequent traveler, you already have a packing list that will meet your favorite airline’s carry on weight limits. For those concerned about weight, buy a cheap luggage scale and leave it at home.

I’ll spare you the paragraphs on location tracking and remote locking. The further you go down the list of features, the less useful they are.

If you need a battery charger or want to weigh your luggage, here’s a cheaper solution: buy a $12 USB battery and an $8 luggage scale on Amazon. For $20, you have all of the functionality of smart luggage, and you can use it independently of your suitcase.

I’d rather pay $20 for gear that I can use anywhere than hundreds of extra dollars on a “smart” suitcase. The tech industry is great at creating perceived value. In this case, they’re making the suitcase “smart” by marking up cheap, commodity hardware like batteries and scales to a comical degree.

Buying a battery and scale on Amazon is much cheaper than paying a luggage company to source the scale, build it into your suitcase, then mark it up.

Which do you replace more often, your phone or your luggage? Of course, it’s your phone. I’m weighing the iPhone 8 vs X as I type this.

How would you feel if the planned obsolescence of the technology in your suitcase forced you to upgrade that suitcase as often as you upgrade your phone? Probably not thrilled. Don’t forget that you paid $300 to $600 for that suitcase.

Good luggage should outlast today’s ultra-fast technology lifecycles. But, if you buy a smart suitcase, you will have to buy a whole new suitcase when the tech in yours is out of date. No smart luggage companies offer a way to upgrade the hardware in your luggage. Why not? Because they need to show venture capitalists that they can get repeat customers. They will do so by letting a few dollars of hardware make your entire suitcase obsolete in a few short years.

Well made luggage would outlast VCs’ willingness to keep an unprofitable company alive with outside money.

We certainly hope that you will buy multiple products from Tortuga, but we never want to force you to do so. Our responsibility is to build a business that will thrive even if your luggage lasts for years. We’ve heard from many customers who were excited about the Outbreaker backpack but couldn’t justify upgrading when their V2 was still going strong. That’s okay. We love hearing stories like that. Those stories mean that we’re doing our job.

As we grow, we hope to earn more of your business not by intentionally making your luggage obsolete, but by solving more of your problems.

Agility was a huge focus for designing our collections. Minimalists don’t want to be weighed down. They use their bags more often than most travelers. For them, the 45L Outbreaker backpack is “too much bag.”

The Setout Divide adjusts from 26 to 34L and weighs vjust 3.8 lbs. Smart suitcases weigh 3-4x as much.

The more you travel, the more you value convenience and agility. Backpack companies get this. Suitcase companies do not. 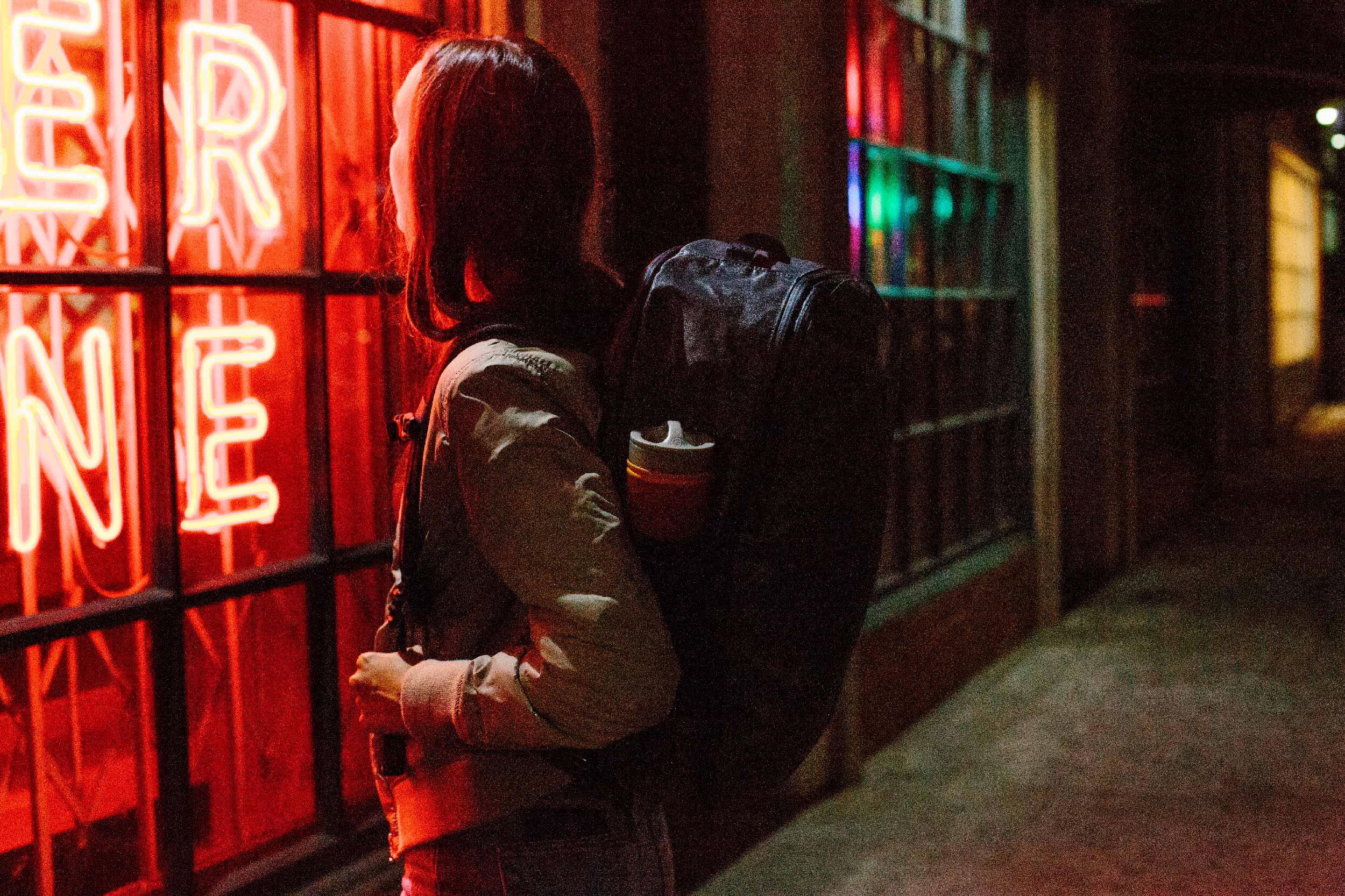 The Setout collection is for people at the cutting edge of integrating travel, life, and sometimes work. Yet, we chose not to build a smart backpack for them. They have their own technology. They don’t need to buy it from a luggage company.

We have some ideas on how to integrate technology into Tortuga products while still being useful to our customers and true to our brand. But that will have to wait until another day.