As someone who travels on the cheap most of the time, I often find it hard to justify spending more than I have to — particularly on flights. When airlines began charging for bags, I stopped checking bags. No free food? Fine, I’ll make my own airplane snacks. And when basic economy became a thing, I said bring it on (though I regret that one… just a little bit).

For a long time, budget travel led me to see flying in first or business class as both an unnecessary expense and an out of reach luxury — even though I always envied the passengers in rows one through four.

But I’ll let you in on two secrets I’ve learned about first and business class since joining the travel industry:

Second: Sometimes, it’s worth it.

Keep reading,  I’ll go over 6 situations when the cost of flying first class isn’t just within budget, but totally worth it: 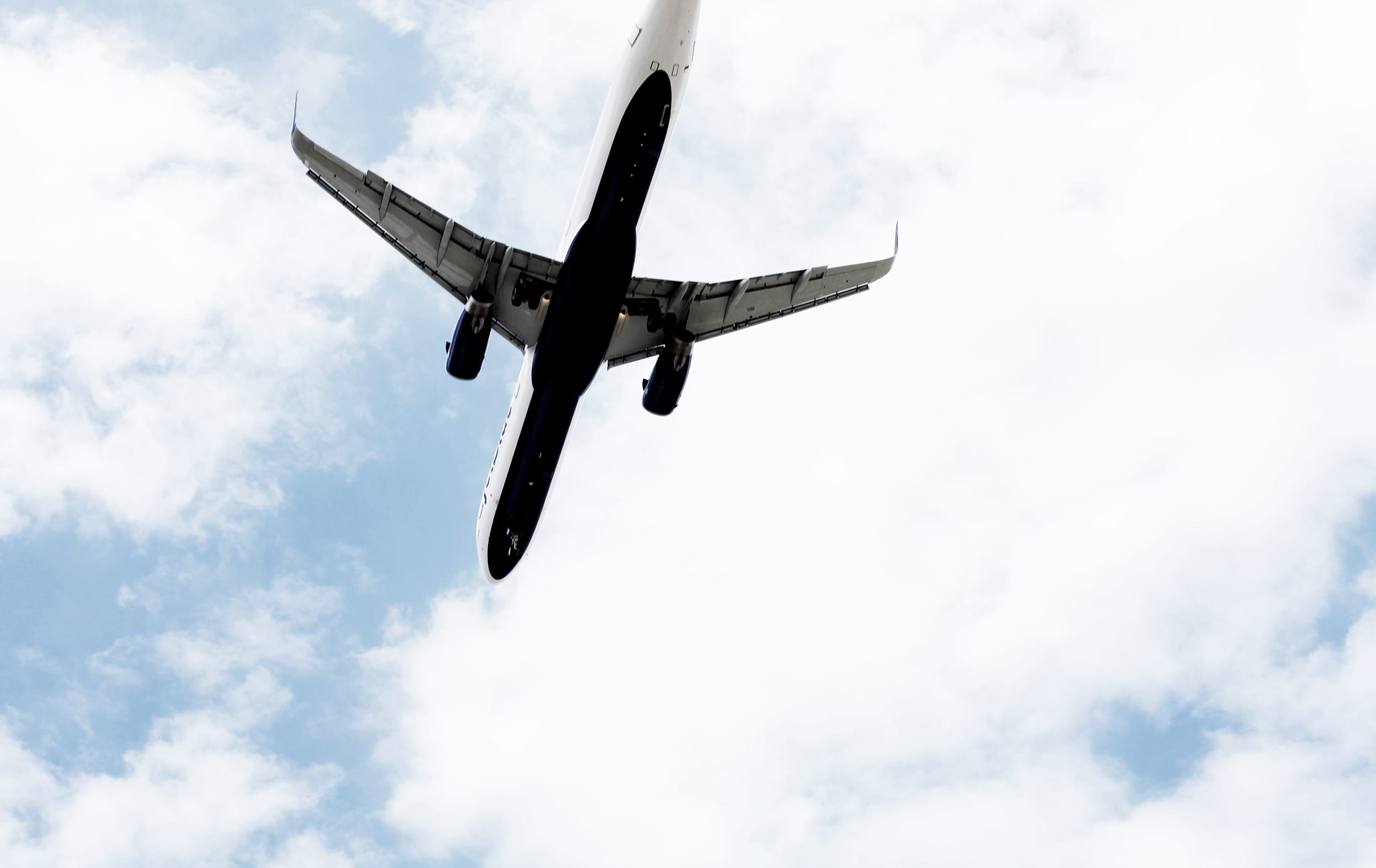 If the Fare Difference Nets Out to a Reasonable Price

Yes, affordable first and business class tickets do exist. While the cash value of a first class ticket can cost thousands of dollars — especially on long haul flights — you can occasionally find a good deal on premium class fares. And if the fare difference, including add ons, nets out to a reasonable price, go for it!

Run a Search Through Google Flights

If a reasonable first or business class fare is coming up for their route, they’ll usually flag it in their “Tips” section.

Scott’s Cheap Flights is a good one. Though Scott’s flags mostly economy deals, they will occasionally come across solid fares for business and first class, like a recent $600 RT deal from LAX – Costa Rica.

A service like Kayak or Hopper let’s you keep track of flights and their fluctuating costs.

If you’re booking directly through an airline (which is always best), you’ll be able to compare economy and premium fares side by side during the booking process.

Black Friday and Cyber Monday deals are not just for home appliances, airlines have huge sales around the holidays too. Subscribe to their newsletters for alerts.

On domestic flights, business and first class fares can be as little as a few hundred dollars more than an economy ticket. Sometimes, it’s worth it to pay the extra $100-200 if it will help you avoid paying for other add-ons, such as checked luggage, priority boarding, or lounge access. You’re going to have to pay the fee anyway, so you might as well get a better seat, right?

For example, I recently paid an extra $80 (one way) to fly from San Francisco to Seattle on a first class ticket. Since I was flying with my bike (and, well, you can’t exactly fit that in a carry on) I would have had to pay $50 to check it on economy. However, it was free with the first class ticket, making the net-net increase a mere $30. 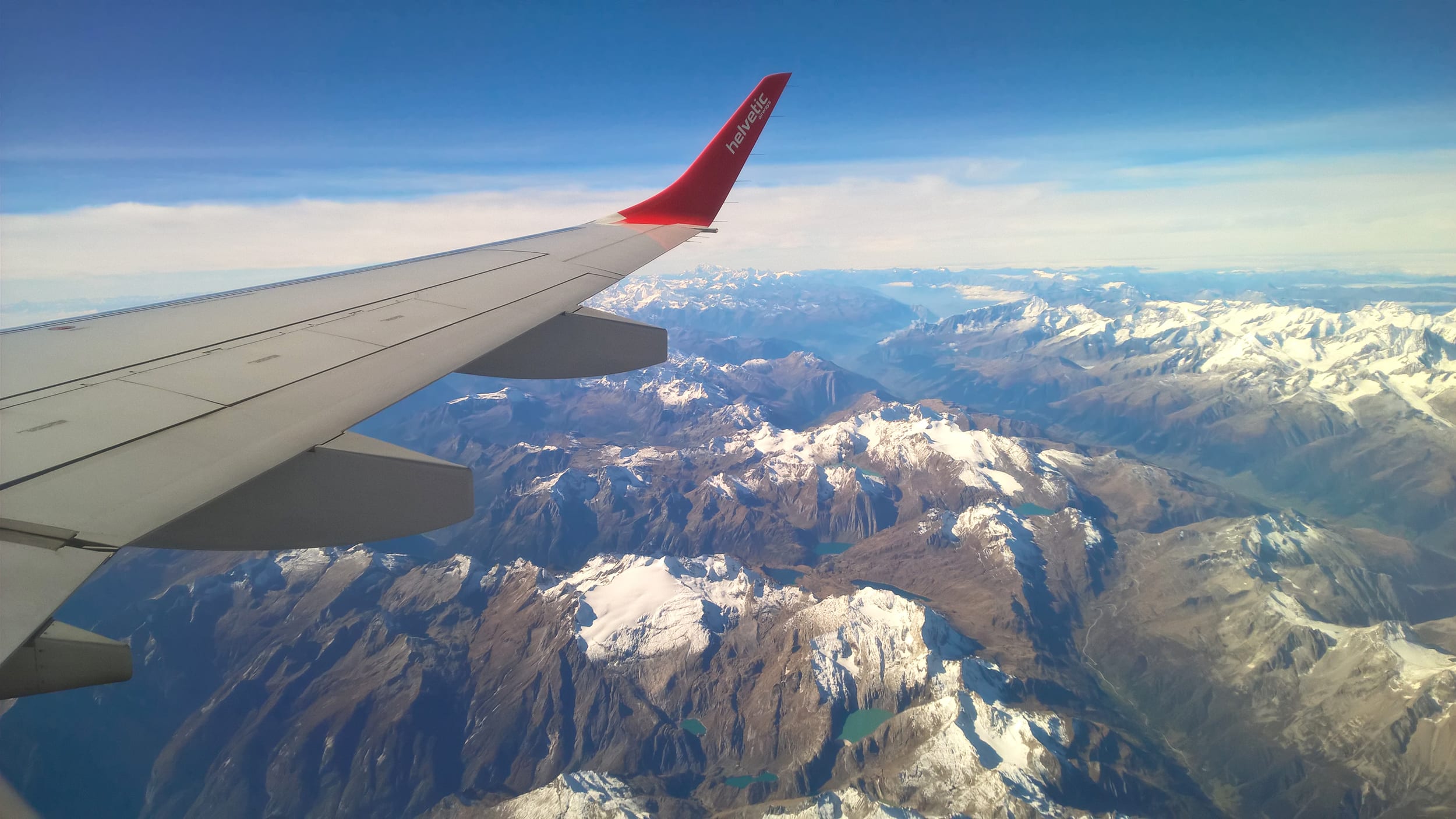 When You’re Able to Get a Free or Cheap Upgrade

Although the days where you could just charm your way into an upgrade long gone, there are still thrifty ways to upgrade your economy ticket and get bumped up to a business or first class fare.

If you already hold an economy ticket, you can outright buy an upgrade. Keep an eye out for these as you near your travel date since, counterintuitively, the price for premium cabin fares actually decreases as you get closer to departure. You can either check in on your airline app, or pay attention to pre-departure emails they send you where they might notify you of an upgrade opportunity.

Upgrading With Miles and Points

To upgrade your ticket with miles and points, either do it in the original booking process or after you have purchased an economy ticket on your airline’s booking portal. Just be sure to do the math and make sure it’s actually a good deal.

Some airlines will allow you to name your price, like at an auction, and bid for a business or first class upgrade. In order to do this, you must have a confirmed reservation, and be ready to pay if your bid is accepted. Note that this is not a guaranteed upgrade, the way paying for one with cash or points is, but it’s a way to gamble on getting that upgrade at a discount.

Getting Upgrades for Status

Another way that loyalty pays: if you achieve elite status on an airline, you’re privy to increasingly rare perks such as free bags and, yes, free upgrades. Unfortunately, you have to fly (and spend) a lot to get there, but there’s a shortcut: applying for elite status challenge. It’s a bit complex, but Forbes goes over all the details about this elite status hack.

Tips for Getting Upgrades

Premium upgrades are more likely to be available around the holidays, on Saturdays, or mid-week, when business travelers aren’t traveling as much.

Some Ticket Classes are Prioritized Over Others for Upgrades 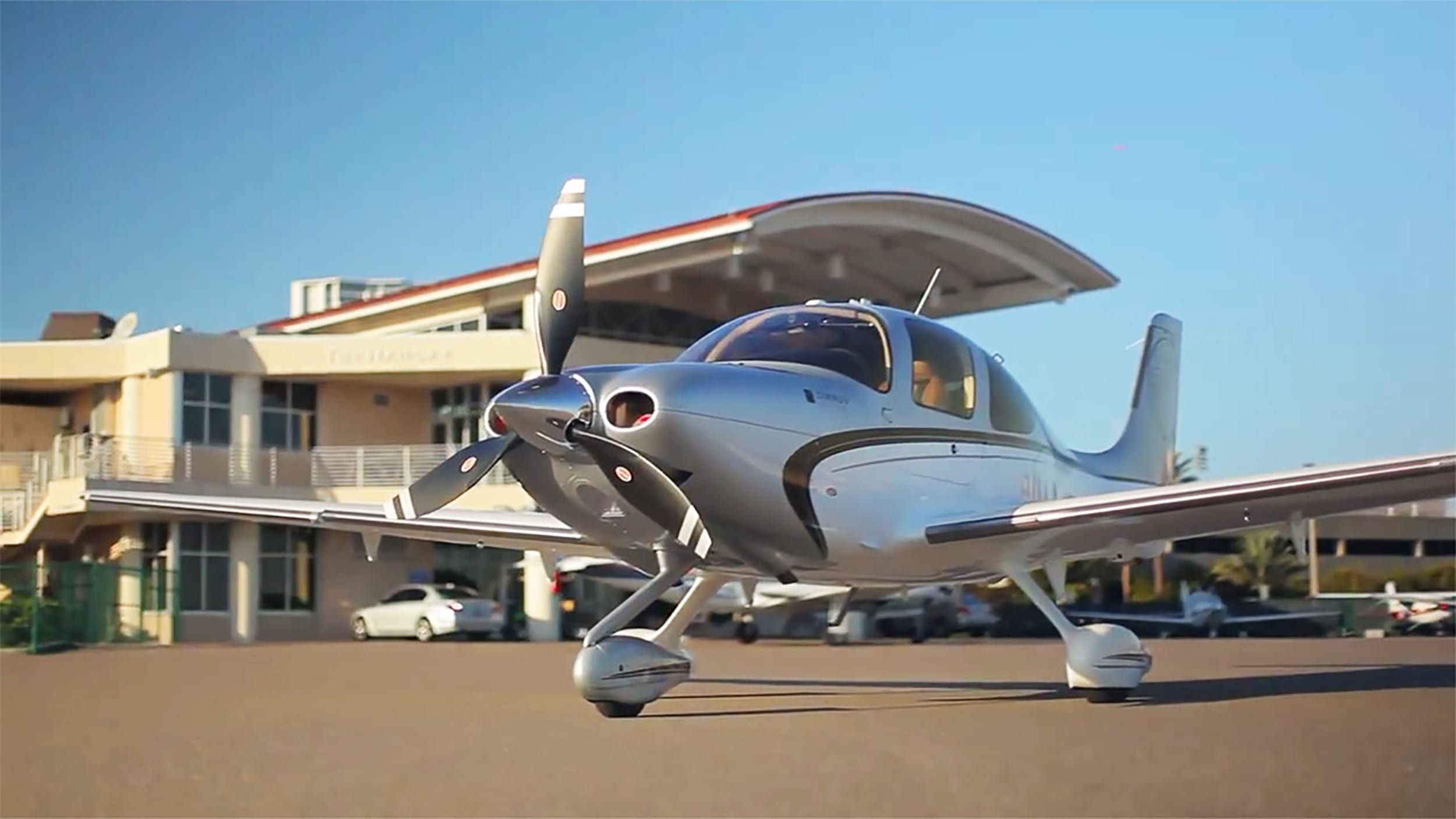 Private Jets for the Masses: Every Seat is First Class

Believe it or not, you don’t have to be a billionaire to fly in a private jet. With the help of private jet share or booking companies like JetSuite, Blade, and LinearAir, it’s possible for travelers to book a seat (or all of the seats) on a private jet. Usually, these jets fly out of smaller, local airports, allow travelers to skip TSA and show up as late as 15 minutes before their flight.

While some, basically, give you partial ownership of the plane, a couple offer more affordable (and sporadic) tickets — especially if you gather a group of friends large enough to fill the plane.

With JetSuite you can either find a seat or rent out the full plane, and they’re not that unreasonable. For a single seat on a roundtrip flight from SF to LA, you could get a ticket for about $400. If you’re willing to book last minute (as in, the day before), you book an entire jet using SuiteDeals for as low as $536 each way. For a group of four, that comes out to $1,072 RT total or $268 RT per person.

This air taxi service connects travelers with small aircrafts that can take you and 2-7 of your friends on shorter air routes. While some flights could still cost you upwards of $1,000 per person, not all of them do. “The average transaction,” [founder] William Herp told TPG, “comes to about $2,000 for a passenger configuration of 3-8 seats,” says The Points Guy. If you’re flying to and from regional airports, give it a shot.

Blade is another, similar alternative. 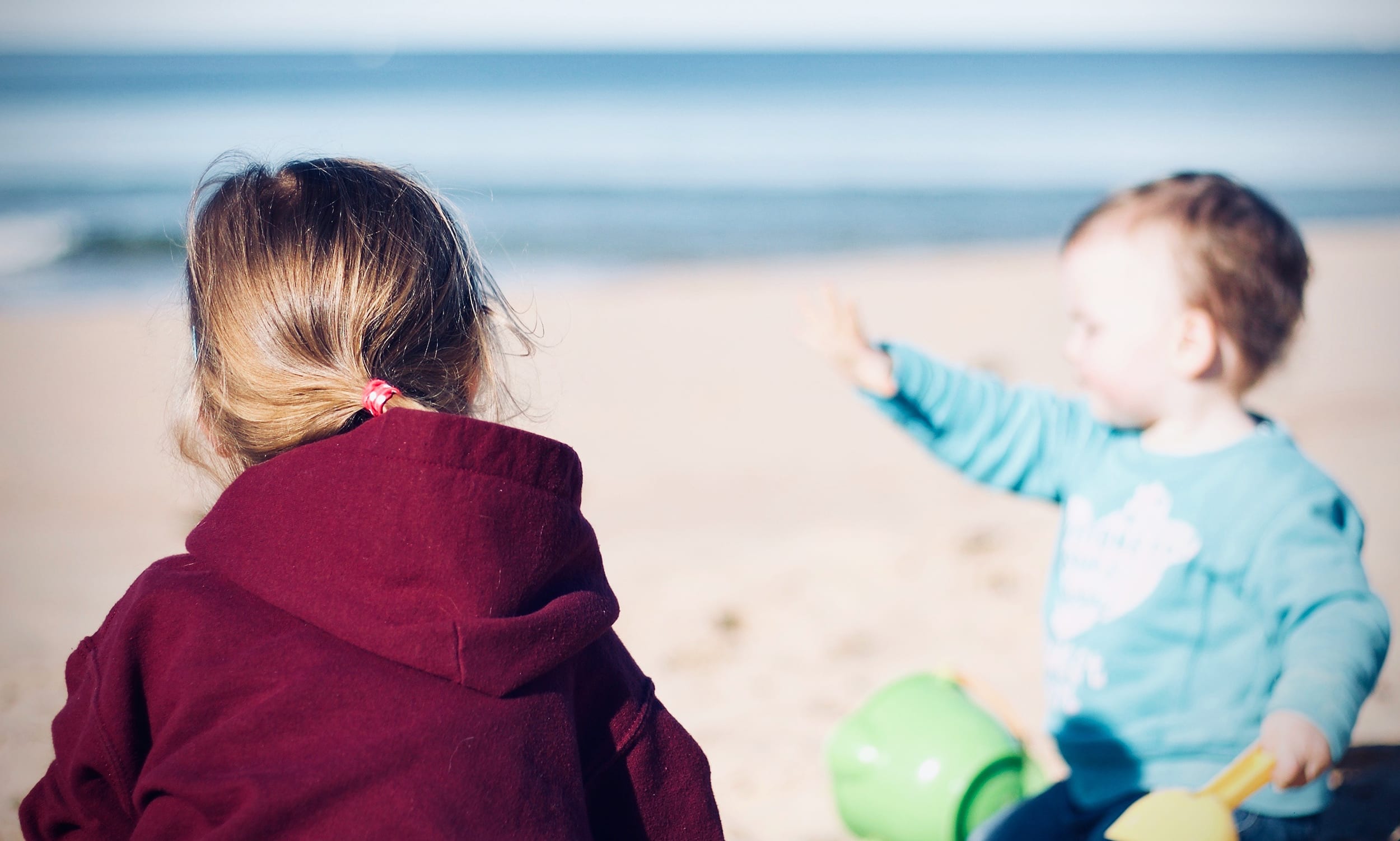 If You’re Traveling With a Lap Infant

While bringing small children into a first class cabin is a hotly debated topic, I’m 100% in camp “go for it.” The extra space can make a world of a difference in letting your little one spread out, stretch out, and feel more comfortable in this new, strange environment. Especially on long flights.

A few things to note about doing this thriftily:

Whether this is a good deal or not depends largely on the airlines. For a (really thorough) breakdown of the best airlines to fly with a lap infant, I’d recommend heading over to The Points Guy’s article on award travel with infants. 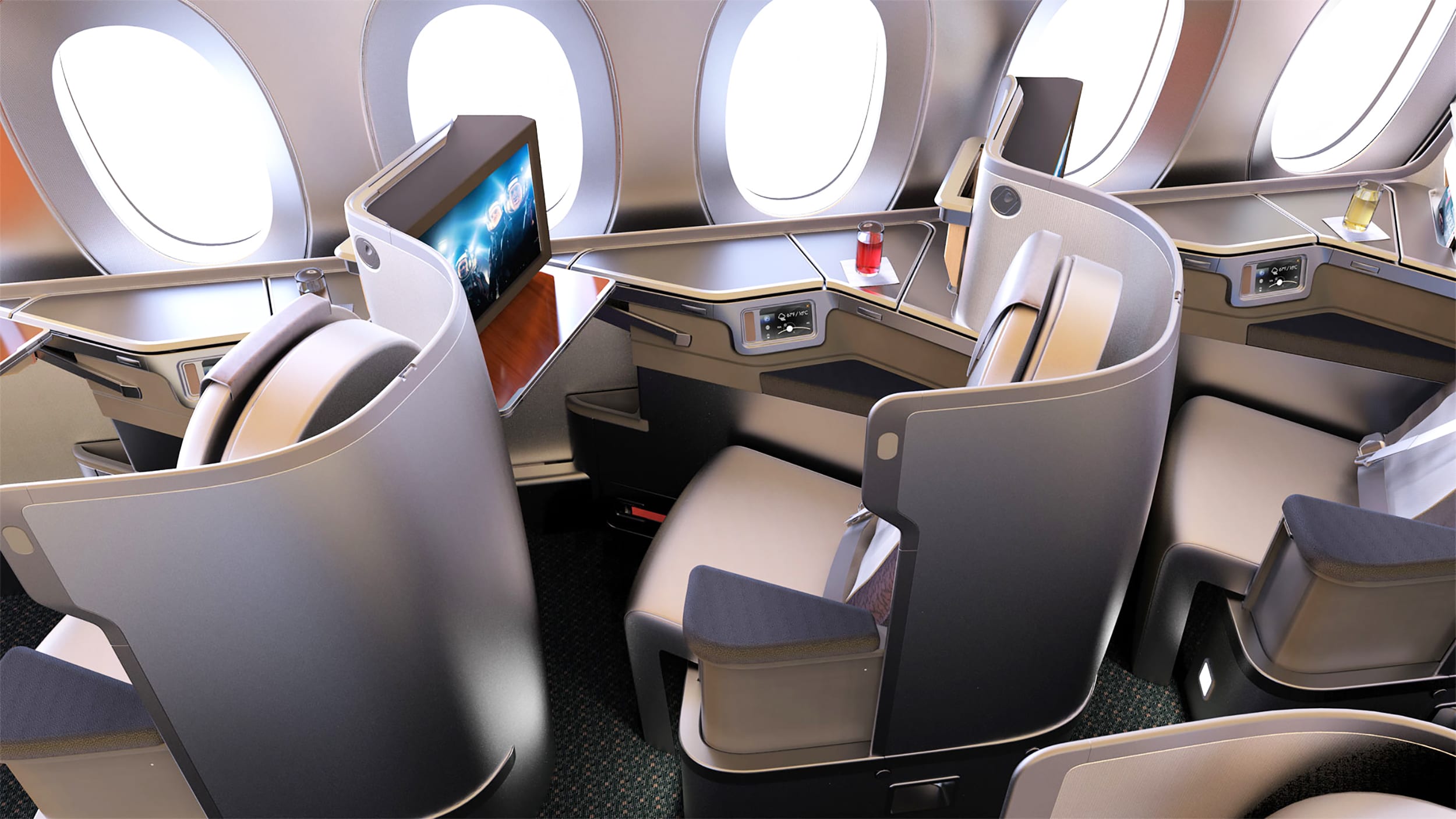 If Your Flight is Overbooked

Airlines will overbook flights to protect themselves against no-shows and, as a result, will sometimes have to bump passengers from their flight. Usually, they’ll ask for volunteers before involuntarily bumping passengers onto a later flight.

If you volunteer (or not), request an upgrade in exchange for agreeing to move onto another flight. In fact, airlines will sometimes give passengers a first or business class seat simply because it’s the last one available. 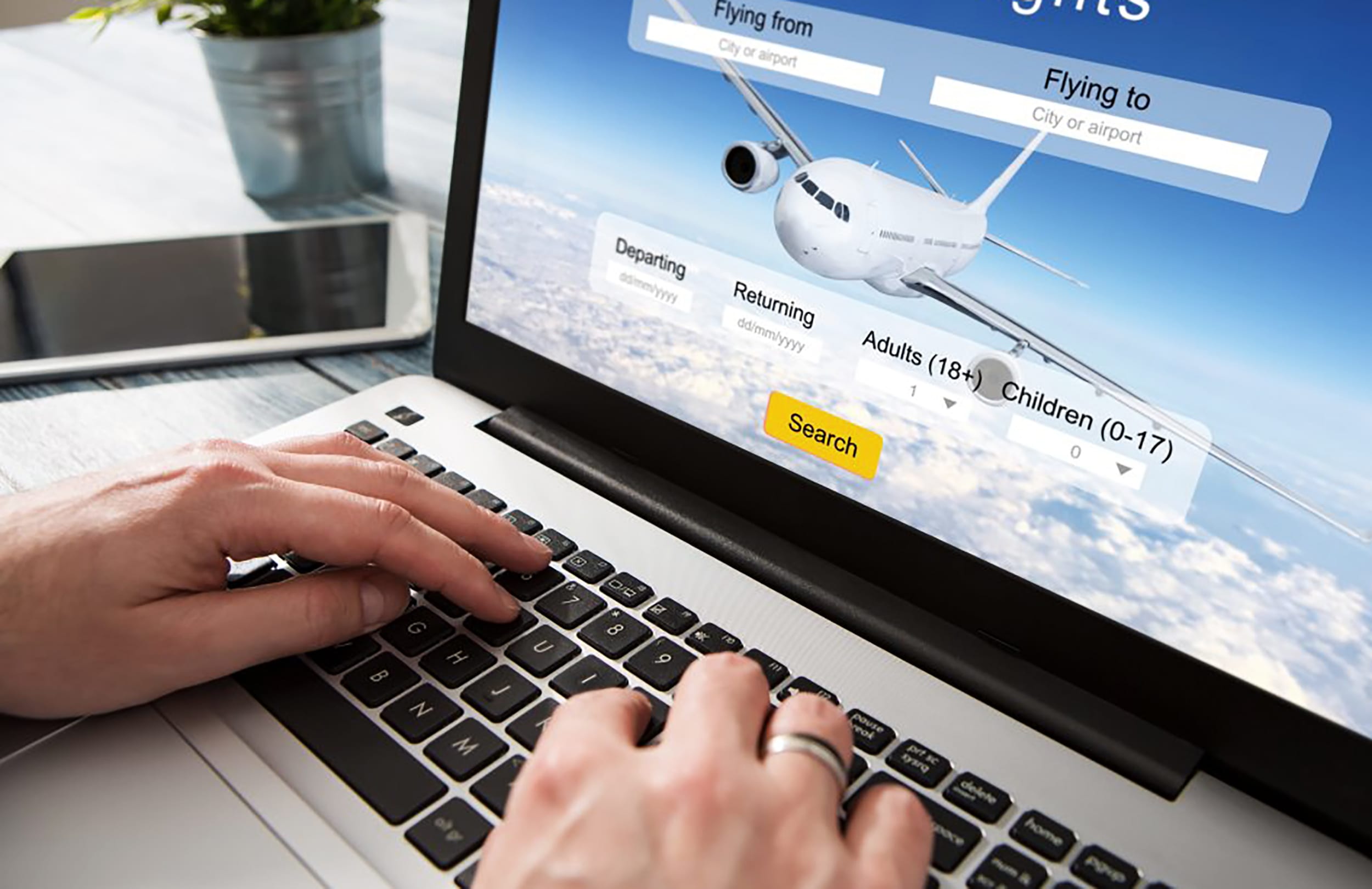 Things to Look Out For in an Upgraded Flight

Not all first class tickets were created equal. After going through all of the above, double check that your deal is the deal you think you’re getting.

If your flight involves a layover, some upgrades will be “mixed itinerary,” meaning you’ll be in economy class for one flight and business or first for the next.

The Type of Seat You’re Really Getting

When you’re booking a ticket, your airline will let you know what plane you’ll be flying in. Take a look at a preview of the airplane and your seat on a website like SeatGuru. Once, I got a great deal on a first class red eye ticket while booking with points, only to find out that it was an old plane with no entertainment system, no food service, and OK chairs. Oh well.

If you’ve ever thought flying in first or business class was an out of bounds dream, think again. There are times when it’s not only achievable and affordable, but damn-right worth it: