This week we are pleased to present a guest post by Talon Windwalker, a freelance writer traveling the world with his son. Talon is an expert in longterm family travel and LGBTQ travel. His website, 1Dad1Kid, chronicles their journey, and his food blog Travels4Yum will make you drool.

I’ve been traveling full time, as a queer single dad, with my son for 5 years so far. I’m often asked: “Where’s his mom?” I usually just respond with the safest explanation that there is no mom. However, that, understandably, generally leads to some confusion and more questions.

So many times I’m tempted to just respond “I’m gay.”

Unfortunately, that isn’t always the safest thing to announce.

People in the LGBTQ travel community have some unique challenges the average person doesn’t have to consider. While there has been a surprising increase in rights for the community over the last decade, that is only the truth in a relatively small part of the world. One country removes the last legal vestiges of inequality and another promotes a bill to “kill the gays.”

A queer couple, especially a gay one, has to wonder if asking for a hotel room with one bed will get them into trouble.

The recent case of the married British gay couple who were on their honeymoon in Australia reaffirmed this as a valid concern. One of them, tragically, died, and because Australia does not recognize same-sex marriage the death certificate listed his husband as “never married.” Imagine the nightmare of not only losing your spouse, especially as a newlywed, but not being able to navigate the various legal obstacles because your marriage is not recognized.

In order to list the best and worst places for LGBTQ travel, I considered various factors including:

It is important to note that even in queer-friendly regions, there may be areas that are less welcoming and open-minded. For example, large cities tend to be more accepting of diversity than small rural communities. In addition, some cities have “gay villages” which are LGBTQ-majority neighborhoods that are much safer than other areas of the city.

Gay males tend to experience more problems than lesbians. Some laws explicitly target males while saying nothing about lesbian-related acts. In many cultures, it isn’t considered odd for two women to share a bed or to be affectionate in public. Generally speaking, women will have fewer concerns as a same-sex couple. Of course, they can have other issues to deal with. 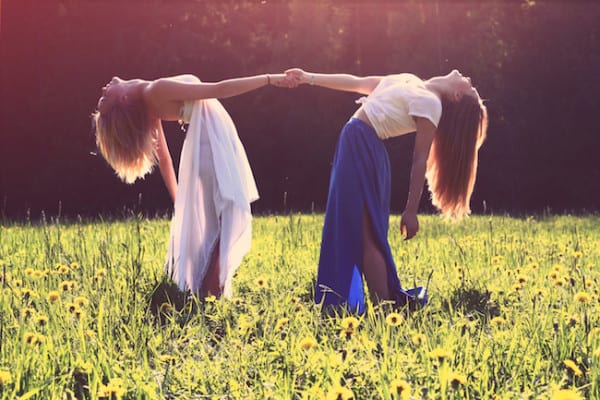 This was, at first, a bit of a surprise for me; considering how heavily Catholic the country is. However, equality is a big concern for Spaniards, and in 2005 the government legalized same-sex marriage against the strong protestations of the Vatican. This move was supported by at least 66% of the population.

Spain is home to some well-known queer hotspots such as Sitges and Ibiza. However, Barcelona and Madrid also have  thriving LGBTQ communities and activities.

In 2012, the European Union conducted a survey across all of its member states regarding attitudes toward LGBTQ issues. Spain ranked very well. Last year, a social experiment was conducted in Madrid with encouraging results.

Queer couples should feel comfortable being like any other couple while visiting most of Spain.

This country is often rated as the most egalitarian nation on the planet. The capital’s annual Pride events are attended by a large number of the straight community. In at least one year, the mayor (who is heterosexual) even dressed in drag to open the festival.

At least one prime minister was an “out” lesbian who married her partner shortly after the law changing the definition of marriage to gender neutral went into effect.

Violent crime is a rarity in Iceland, and hate crimes are even more rare.

Once a place known for horrendous racism and intolerance, South Africa has adopted a very liberal constitution and was the 5th country in the world to legalize same-sex marriage (and the 2nd country outside of Europe).

LGBTQ travelers routinely speak of feeling safe in the country, and Cape Town has become a popular destination for same-sex weddings.

The Mexican culture has a strong “live and let live” attitude; however, Mexico City and Oaxaca are known for being welcoming cities. Recently, the Mexican Supreme Court ruled that same-sex marriage is a constitutionally protected right which helps to show that things are changing in this wonderful country.

While smaller cities/less-known destinations may not offer many legal protections, generally speaking LGBQT people are pretty safe. Public displays of affection (PDA) are often frowned upon, but that applies to heterosexuals as well. Hate crimes toward members of the queer community are quite unusual.

This North American country was among the first in the world to legalize same-sex marriage. While there are some areas that are more conservative, generally speaking LGBTQ people can feel safe traveling throughout this large nation. Many large cities have gay villages, and Canadians are famous for being kind and welcoming.

Toronto and Vancouver in particular are noted as being extremely queer friendly.

Kiwis are some of the friendliest and most welcoming people in the world, but they were a bit slow to join the other nations recognizing same-sex marriage. When their parliament passed the law, though, they collectively began singing a Maori love song to commemorate the moment.

As if people needed more reasons to love New Zealand!

It is one of the safest countries to visit for everyone, including LGBTQ people. A queer couple walking while holding hands might encounter some people congratulating them but generally won’t have to deal with homophobia.

This wonderful country doesn’t often receive the attention it deserves, and that is especially true for LGBTQ travelers. The Portuguese people are fairly friendly and welcoming, and it warmed my heart to see people actually encouraging a gay couple during another recent social experiment.

Personally, I would love to see more people include Portugal in their travels. 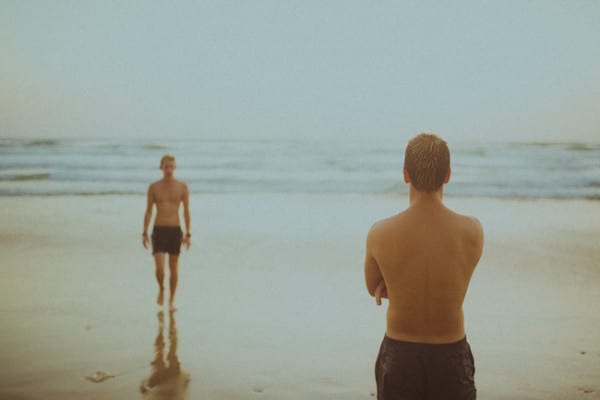 This list could be really long, unfortunately. Instead of listing all the countries that could pose potential problems for the queer traveler, I’ve focused on the most unsafe ones.

This country has taken homophobia to extremes. After enacting a law labeled as an “antipropaganda” measure against promoting homosexualty as a “normal” lifestyle, the Russian LGBTQ community experienced a drastic upswing in violent hate crimes.

For the most part, police have seemed to be supportive of these crimes, rarely intervening even during attacks. Not satisfied with their level of overt hatred, the legislature recently tried to pass laws against same-sex couples showing any public displays of affection and/or “coming out” publicly.

Surprisingly, those attempts (which specifically excluded females) failed, but it would be almost stunning if the law isn’t revisited at a later date.

People have also been attacked for merely “appearing gay.”

This African country is excessively homophobic. An attempt to pass a law calling for members of the LGBTQ community to be executed was changed from “kill the gays” to “jail the gays.” Fortunately, that was annulled by the courts; however, lawmakers haven’t given up trying to pass legislation that would provide punishments for “unnatural acts” which would include homosexuality.

Nigeria seems to be in an unspoken battle with Uganda as to which country can be more homophobic. There are multiple news stories covering mob attacks on suspected queers, even pulling them from their homes and beating them in the streets. On many of these occasions, the police have joined in on the attacks.

This island is well known for being laid back and enjoying a party lifestyle. However, when it comes to LGBTQ people, all bets are off; particularly if you’re male. Sex between men is illegal in this country, and the laws are often firmly enforced.

The government is known for supporting violence against gays, so if you’re a victim of a violent hate crime don’t expect to receive any assistance from local officials.

As part of their European Union membership, this Baltic nation had to entrench some protections in their laws. However, the general attitude toward LGTBQ people remains poor. Any type of public event, such as Pride, is often accompanied by violent protests.

Legal protections here shouldn’t be considered as encouraging to queer travelers. While those protections may be “on the books,” it doesn’t mean they are enforced, and police are generally known for being very lackadaisical and uncaring in their response to victims.

Gay sex is not specifically outlawed in Egypt; however, people are often arrested and convicted under morality laws which provide for up to 17 years of imprisonment (with, or without, hard labor and fines).

It is not uncommon for people of the same gender to hold hands or walk arm-in-arm, so many same-sex couples find these types of PDA to be relatively safe. However, as a foreigner you might draw unwanted attention, so caution would be advised.

Arrests at suspected gay gatherings are not uncommon. While Muslim males are more likely to receive harsher treatment, all visitors can be subjected to the same laws and punishments.

Should I Avoid These Countries?

This is a common question with no, solid, one-size-fits-all answer. It really comes down to individual choice. One has to consider the potential risk factors, as well as personal ethics. Some of us feel that giving our mighty tourist dollar to a country that encourages violence towards us is a rather foolish, or unethical, decision. However, there is also a valid argument to be made that, by visiting and spending time in these places, we help “normalize” being LGBTQ.

The best advice I can give is to be well informed about the place you’re considering for travel and to honestly evaluate the risks versus benefits. Also consider the mood you want for your trip. For example, is this a romantic getaway? Well, perhaps focus on one of the best places to visit where you can relax and be yourselves.

When it comes to travel, like many things in life, only you know what works best for you. When considering LGBTQ travel, the following countries stand out: