I arrived to a rainy Montreal on Thursday and awoke to snow on Friday. Holding our second retreat in early April couldn’t spare us from the lingering, wintry weather of Canada. First lesson learned: choose a warmer destination for our next meetup.

As a fully remote team, Tortuga Backpacks has a policy of holding in-person retreats twice per year. Our first official retreat was last fall in San Sebastían, Spain. I say official because previous “retreats” were just excuses for Jeremy and me to take a workcation. Lauren joined us in Spain for a three-person retreat.

We recently held our spring retreat in Montreal, Quebec, Canada, with eight total team members. Even as CEO, I was meeting three team members for the first time. A few members of the team had never met anyone else in person.

Everyone arrived on Thursday or Friday, despite the typical air travel mishaps, before the formal part of the retreat which lasted through the weekend.

In this post, I’ll recap how we structured this retreat, what we talked about, and how the decisions we made on the retreat affect you: our readers and customers.

We chose Montreal for its combination of novelty (bonjour!) and convenience for our primarily North America-based team. For our first retreat of this size, we simplified the logistics to help it run as smoothly as possible.

Aside from our US and Canada-based team members, we had teammates fly in from La Paz, Bolivia, and Shenzhen, China.

Together, we shared a five-bedroom Airbnb apartment in the Plateau Mont-Royal neighborhood. Sharing a space like this allowed us to cook breakfast together, hang out in between work sessions, and share a late night glass of ice wine while using the apartment’s colored pencils to create some truly stunning artwork.

The retreat was on Saturday and Sunday, but we booked the apartment for Thursday through Wednesday to allow people to arrive early, or to stay after the retreat to enjoy Montreal. Given some people’s travel times, we didn’t want to force them to get back on a plane three days after arriving, or to have to pay for their own accommodations. 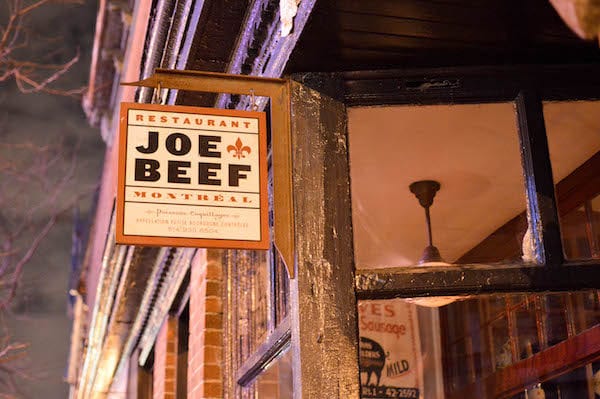 During the official part of the retreat, we organized team activities at the Biodome and Planetarium. Jeremy picked nearby restaurants for lunch and dinner including an epic meal at Joe Beef. Lauren organized a team volunteering activity at Welcome Hall Mission where we served food and cleaned the kitchen. 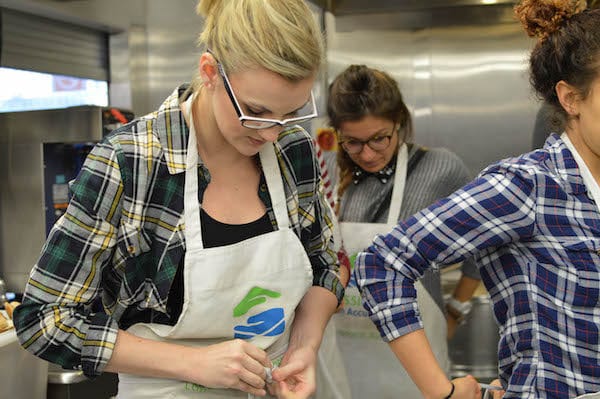 The downtime, activities, and meals were a great time to get to know each other better and to bond outside of work. The retreat sessions themselves gave us the opportunity to collaborate on important company-level plans as an entire team, which we rarely get to do.

The bulk of the work during the retreat happened on Saturday and Sunday.

Before the retreat, we solicited questions and topics from the team to go along with the topics that we definitely wanted to cover.

I kicked off the retreat with a “State of the Union” talk to welcome everyone, recap the company’s history, and discuss where we were headed next.

Throughout the weekend, we discussed design, brand messaging, video production, and working remotely. 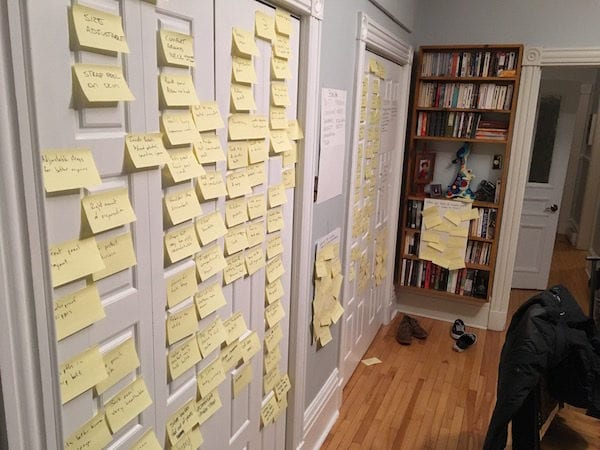 The product feedback sessions led by Patrick, our industrial designer, were among the most popular. He shared more about how the design process works then solicited feedback on multiple concepts for the Tortuga V3. As our entire team feels invested in our products (and uses them) everyone was eager to learn more about what we’ve been working on and to provide feedback. We will continue to make product feedback a big focus of future retreats. 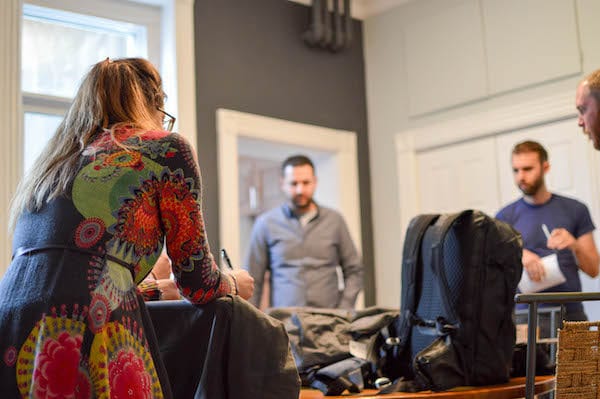 How This Affects You

The biggest changes you will see as a result of the retreat will be in the V3 launch later this year.

More than half of our team has joined in the last eight months. By the V3 launch, you will start to see the results of their awesome work. Some you have seen already, but others, like product and web design, take time to come to fruition.

Keep reading here at Packsmith for updates on the upcoming products and changes.

For more on why retreats matter to remote teams, read Taylor’s and Lauren’s recaps.