I banged my forehead against the wall, silently cursing myself for signing up for this class.

Scattered in front of me were several novels, each at least four inches thick.

On my computer screen, the blinking cursor in the middle of a blank Word doc taunted me. Where, oh where, was my paper that was due in less than 10 hours?

I felt like it was jammed down the back of my throat. Jammed to a place I’d never been and couldn’t find. A place that I didn’t know existed until I signed up for a course on J.R.R. Tolkien and found out that place’s name: Middle-Earth.

Definition: Middle-Earth: A fantasy land populated by dwarves, elves, hobbits, and the like; a world set in a wild, rugged world that looks remarkably like New Zealand.

Instantly recognizable to movie goers as the visually-striking world that director Peter Jackson, director, brought to life in the stunning Lord of the Rings movie trilogy.

Many years ago when I was yanking a paper out, word by word, for my midterm in a Tolkien class, I never thought I’d want to visit the Shire.

Peter Jackson, you charming devil, changed that feeling by filming all three Lord of the Rings movies in jaw-dropping New Zealand.

If you’re headed to New Zealand, this is your basic packing list. Start here and then tweak for the region you’re visiting and the time of year. There’s a big difference between the sunny north coast of the north island, with palm trees, and watching penguins surf ashore outside of Oamaru on the cold, drizzly south coast of the south island in winter.

Lord of the Rings Film Sets

If you’re a LOTR fan, you can’t visit Middle Earth, I mean, New Zealand, without making a pilgrimage to the filming sites. There are a number on both the North and South Islands, so take your time, and enjoy blurring the line between fantasy and the real world. 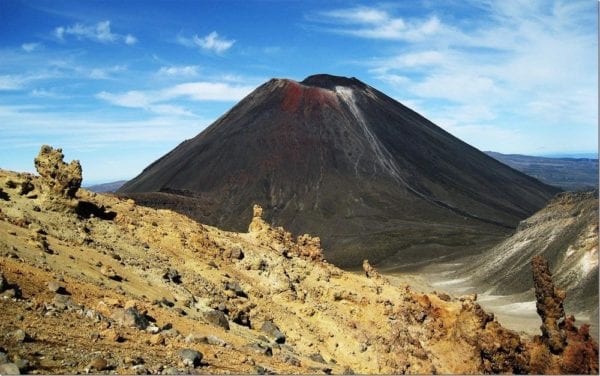 Welcome to Mordor, the stronghold of dark Lord Sauron. The eerie, harsh landscape that Frodo toils to reach. In real life, Mount Ngauruhoe stood in — with some digital face-lifting — for Mount Doom. 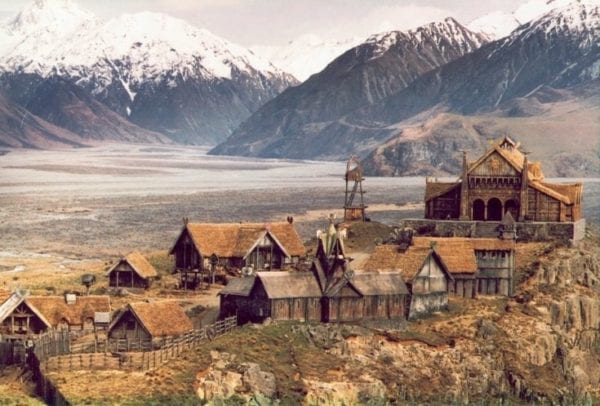 Nestled deep between sheer-sided cliffs is Mount Sunday, the filming location for Edoras, the main city of the people of Rohan. No traces of this film set are left, but if you listen hard enough, you might hear horses’ hooves beating the rough terrain.

Meander to the top of Mount Sunday in a 1.5 km easy walk to the small hill’s summit overlooking Rangitata River. 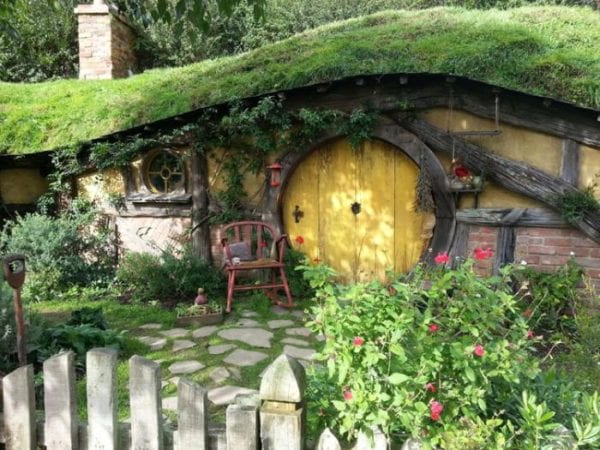 Walk through the Shire’s lush dairy farming landscape around the Waikato town of Matamata. This landscape was transformed into Hobbiton with 44+ unique hobbit holes. Duck under the short doorway to enter Bilbo’s hobbit hole for second or third breakfast. 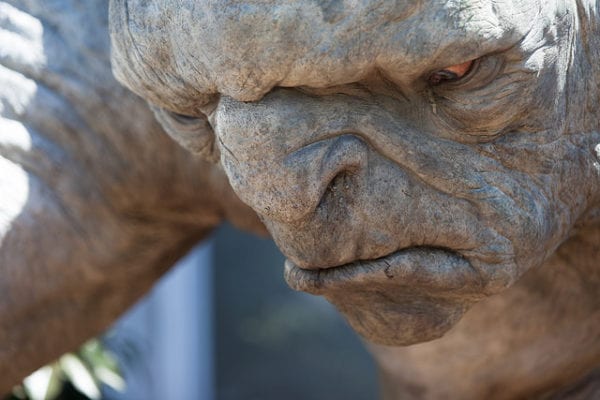 Located just walking distance outside of Wellington is Mount Victoria. This location is where Peter Jackson filmed the Gardens of Isengard, the River Andiun, Rivendell, and Osgiliath Wood. Whew, talk about getting your money’s worth from this forested mountain.

While you’re in Wellington, check out the Weta Cave at Weta Studio where the props, costumes, make-up, and special effects for Lord of the Rings were created. Come face to face with the trolls in the lobby of the Te Papa museum (not to be missed)! 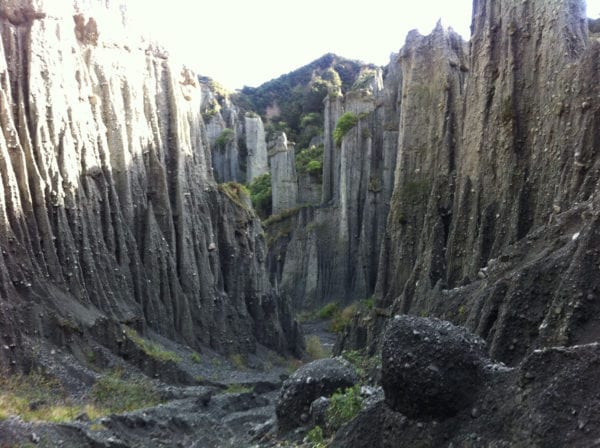 After exploring Mount Victoria, drive up New Zealand’s west coast to Queen Elizabeth Park. This film location was used for shooting the Nazgul and mumakil scenes in the the Battle of the Pelennor Fields.

A short drive away is the Wairarapa region where Jackson shot the Paths of the Dead that Aragorn, Legolas, and Gimli explored. 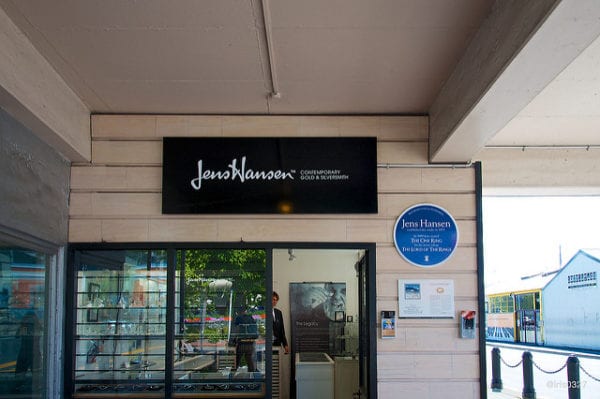 Buy yourself The One Ring at Jens Hansen’s workshop. Hansen is the goldsmith who created 40 different One Rings that were used in the films.

One of those original rings is on display. Stare into its memorizing circle of gold and imagine the Eye of Sauron flicking towards you. 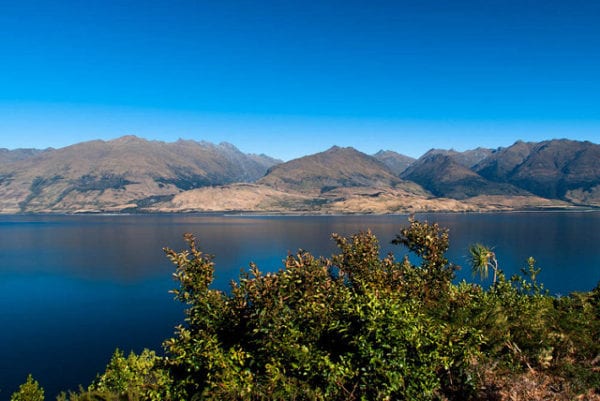 Drive the Crown Range Road into this lush valley protected by Mount Cardona. At the mount’s summit, stretch your legs for a panoramic view of Middle-earth below you. On your left is River Andiun and the Pillars of the Argonath.

Shade your eyes for the straight-ahead view of Dimrill Dale. In the clear distance is Amon Hen on the shore of Nen Hithoel.

Trails of Middle-Earth Tour won a Trip Adviser’s certificate of excellence. Reviewers rave about tour guide Rob and his staggering knowledge — nay, nerd fandom — about Lord of the Rings, the movies, filming process, film sets in New Zealand, and everything LOTR in between.

Hop on Red Carpet Tours for a two-week trip through Lord of the Rings as seen only in New Zealand. See the filming locations, and more importantly, if you could keep up on this epic adventure had by dwarves, men, elves, and hobbits. This tour has 213 reviews of excellent. “Fantastic” and “amazing” were the top two words reviewers gushed.

Thanks to Peter Jackson, New Zealand is eternally linked with Middle-Earth and Lord of the Rings. Venture into this ruggedly stunning landscape and step into the Lord of the Rings fantasy world by visiting the filming sets.