Like any travelholic, I’m a sucker for listicles full of tips on how to pack lighter while traveling. Heck, we’ve even unveiled seven secrets to packing light right here on the Packsmith blog!

At the same time, what travelers actually do to get their packs down to just the right size is fairly unique to the individual. Even if these tips supposedly work for everyone, no two travelers end up packing the same.

At Packsmith, we’ve applied these tips to life by taking a look at the bags of real travelers, taking real trips, and what’s inside them, finding ways to simplify their suitcases. We don’t just want to tell you how to pack lighter while traveling abroad, we want to show you!

Packing for 2 Weeks in Greece and Turkey 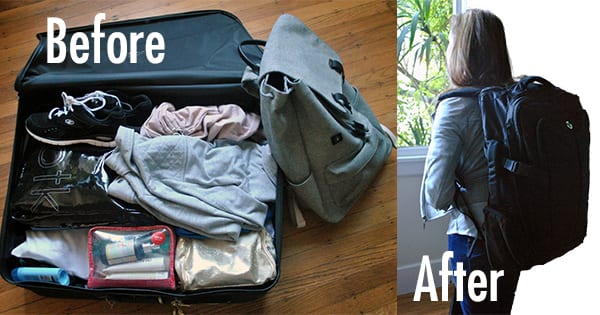 For our first ever packing makeover, we took a look at San Francisco-based Morgan Cromartie’s suitcase. She’s 27, works in the tech industry, and describes her travel style as “spontaneous, casual, and mid-range.”

When traveling, she loves to eat, explore, and visit a mix of rural and urban destinations, which is why she’s heading to Greece and Turkey this May for a two week trip with her boyfriend.

When I asked her what she planned to pack, she said, “We plan on having some beach days in Santorini, doing some active stuff, but will also go out to a couple nice dinners. I also have to be appropriate when visiting Mosques, and want to make sure I pack right for all these activities.” 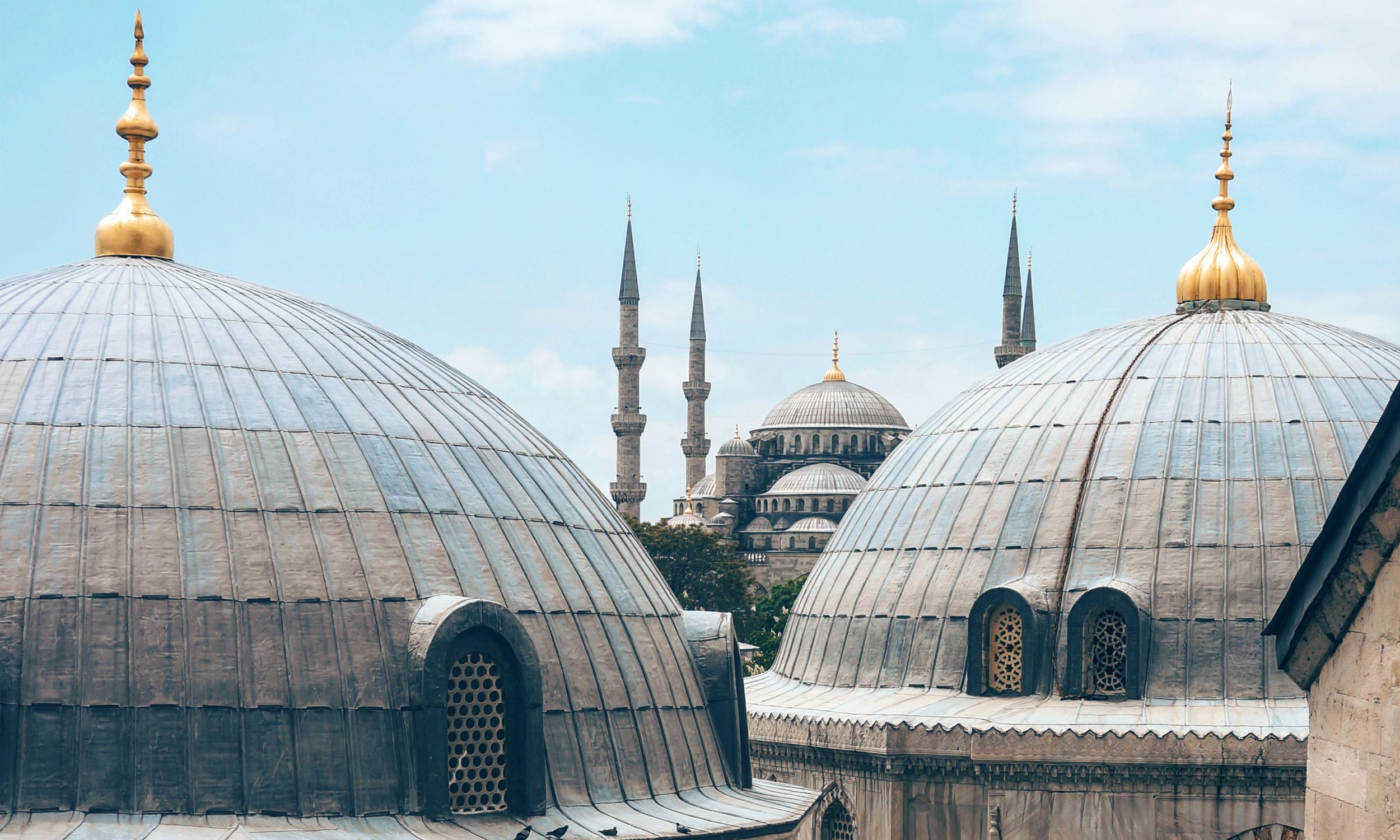 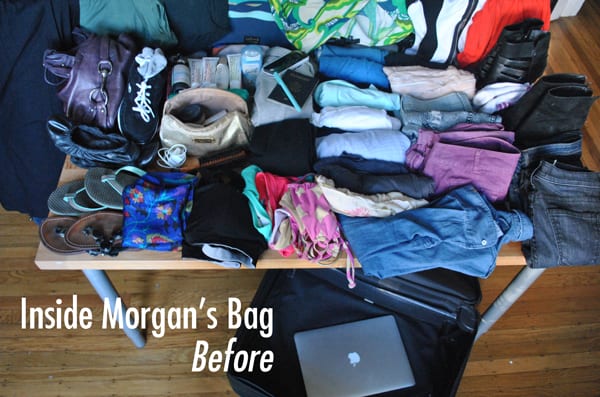 Before we got our hands on Morgan’s bag, she had initially packed a big suitcase that she planned to check, and a small backpack for her carry on. Inside her bag, she included:

Overall, she did a great job at making sure she packed travel sized toiletries, and not bringing too many extra electronics. She also left out sunscreen (“I usually buy that when I arrive,” she said) and too many accessories (“I don’t really pack accessories because I love to buy those as souvenirs in the places I’m going.”) which saved her a bit of space.

When choosing which clothes to bring, she packed with layers in mind — perhaps it’s a San Franciscan thing? — and noted that she planned on wearing her jeans and jacket, her bulkiest clothing items, on the plane to save room.

However, her biggest packing problem was clear: she loves shoes and instead of deciding on what she wanted to wear in advance, she gave in to temptation and threw all her favorites into her bag.

She also had too many similar items of clothing — just in case! — and a suitcase that would have been a pain in the butt to drag around Turkey and Greece. 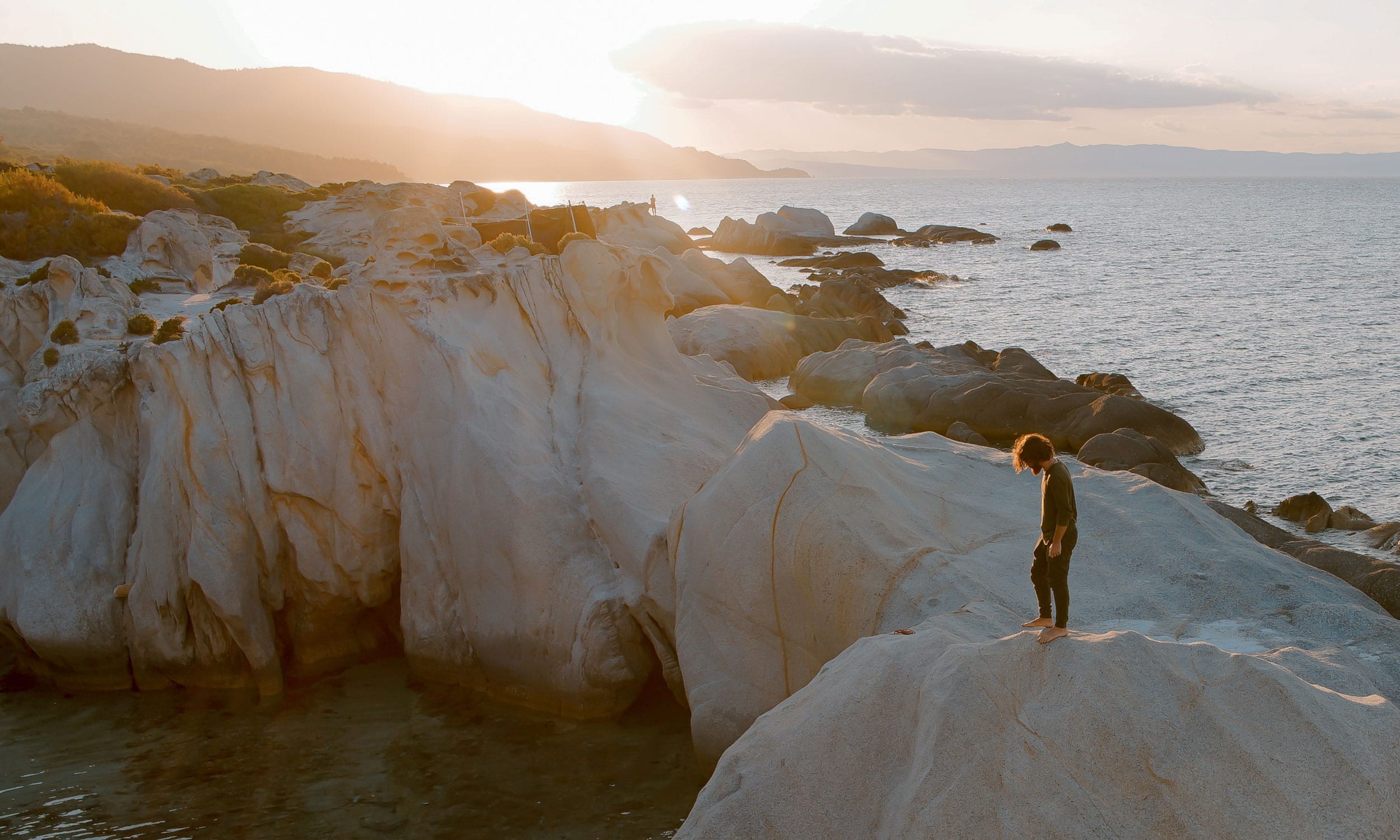 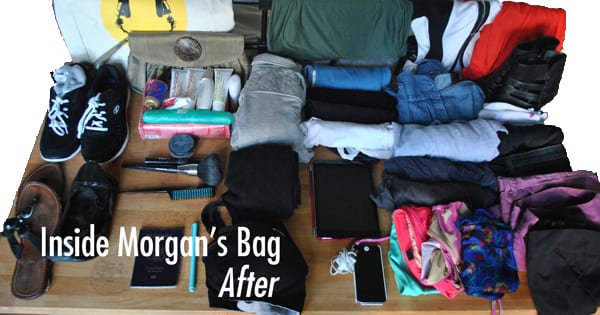 When reexamining Morgan’s bag, we decided that we wanted to get rid of unnecessary items, but we didn’t want to sacrifice her personal style. Here’s how we cut out 1/3 of her bag:

Before anything else, we swapped out Morgan’s suitcase for the Outbreaker Backpack, so she’d be able to avoid checking her bag and get around more easily. 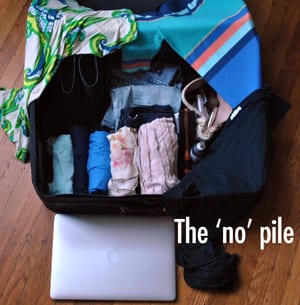 Next, our main focus was weeding out unnecessary clothing and shoes.

Morgan had included multiple basic tank tops and t-shirts, and more dresses and skirts than necessary. The first things I asked were, “Are you OK with re-wearing things?” And, “Are you OK with having just one outfit for dinners out?”

For Morgan, re-wearing and mixing up outfits was fine, but she wanted to have at least two nice outfits for dining out. So, we settled on taking out clothes she had multiples of and hard to match items, but to keep two dresses so she’d have options.

In the end, we removed: 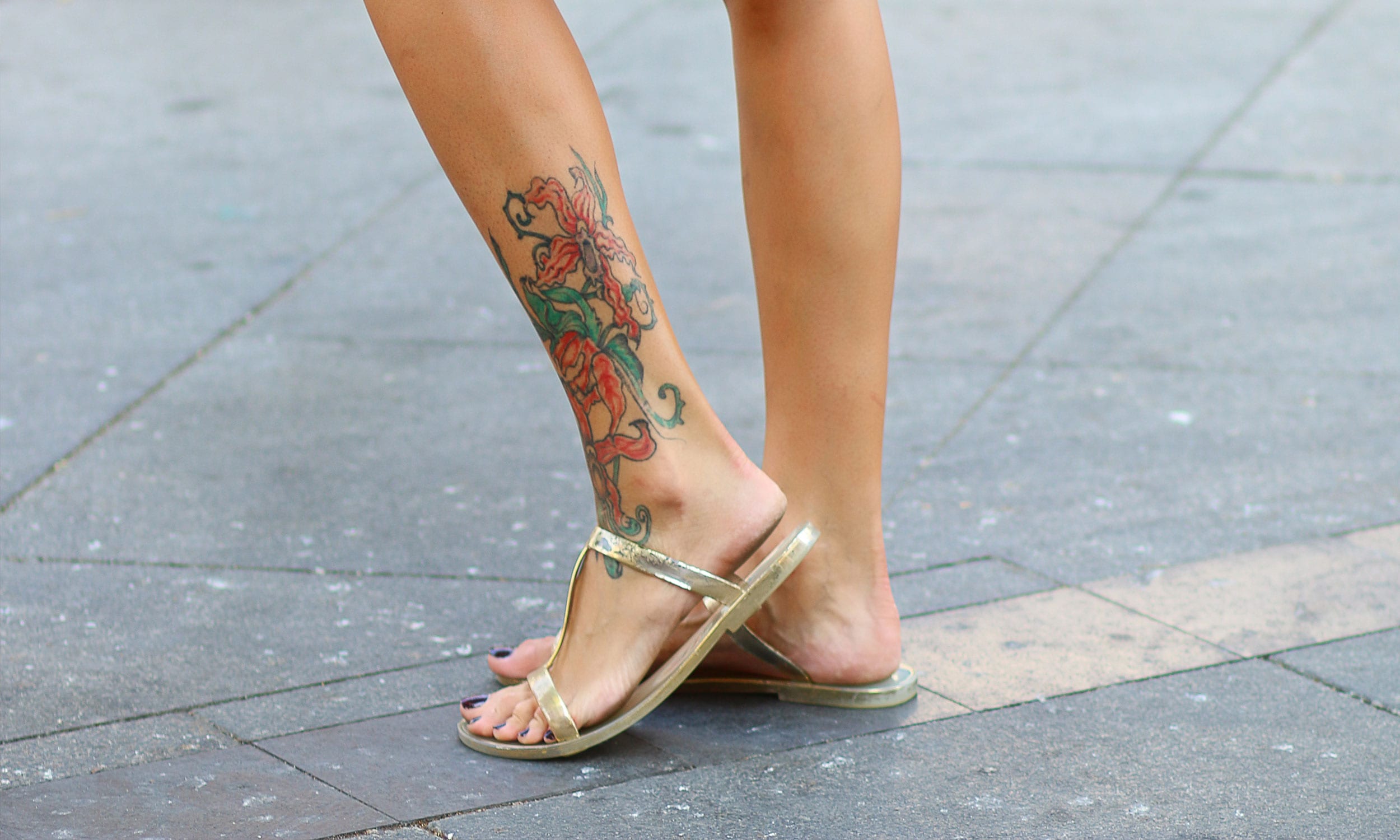 I knew I wouldn’t get Morgan on board with the one pair of shoe rule — and that’s fine — but we were able to get her shoes from six to four by cutting out one pair of wedges and one pair of sandals.

For the sandals, we went for the pair she felt comfortable wearing both on the beach and in the city, rather than having a separate pair for both scenarios.

Getting rid of these freed up a lot of space, but we still weren’t able to fit everything in the backpack. Looking over her items, we were able to swap out a few things for even smaller versions:

5. Built in Compartments Replaced Other Bags

Before the makeover, all of Morgan’s shoes were in individual shoe bags since she doesn’t like her shoes touching her clothes and we had her toiletries in a toiletry bag.

Once we repacked everything, we were able to pack her shoes in a different compartment of the Outbreaker bag than the rest of her clothing, and make use of the backpack’s mesh compartments for toiletries. The barriers were built in, so there was no need for extra bags to separate everything.

Before putting away my camera and wrapping things up, I turned to Morgan and asked, “By the way Morgan, are you going to bring a pen?”

“Right, of course! I always forget that,” she said.

Looking back at our makeover, we did a great job of downsizing her bag, but could have also done a couple of things differently. We could have prepared better for hikes by adding in a water bottle, a rain jacket, and gone for an packable daypack, like the Tortuga Daypack, rather than a tote bag.

San Francisco based Morgan Cromartie, already had a great start on packing light. She packed layers, planned to wear her bulkiest clothes on the plane, and had travel sized toiletries. However, she packed too many just-in-case clothes and too many shoes.

We were able to help her pack better and lighter by planning her outfits in advance, taking out clothes that were too similar, choosing versatile shoes, and getting even more basic with her toiletries. We also swapped out her computer for a more portable iPad, and packed purses that scrunched down well.