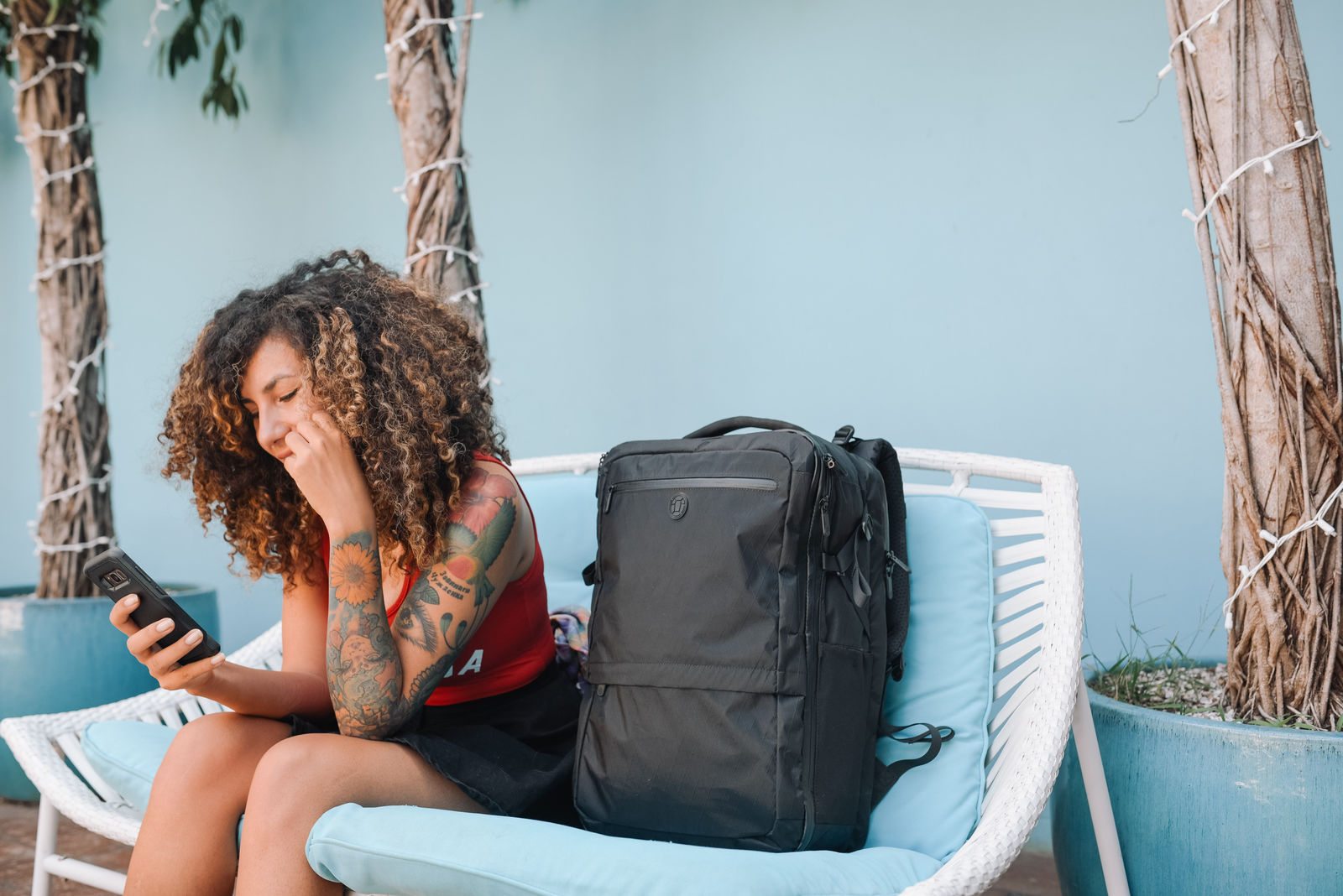 International cell phone plans got a major shakeup in 2020: T-Mobile bought Sprint, one of the best international providers.

Below we’ll take a look at the new Magenta travel plans from T-Mobile, as well as a few alternatives, to see which are the best options for international travelers.

Disclaimer: This is not a paid endorsement of T-Mobile, Sprint, or any cell phone company listed below. Any positive—or negative—review is my own opinion.

The basic Magenta is similar to the old T-Mobile One plan in terms of price and what’s included in the package. The MAX steps things up a notch.

The new T-Mobile travel plans start at $70/line. The price per line decreases with each line added: $60/line for two lines, $40/line for three lines, and $35/line for four lines.

In other words, the more lines you add, the less you pay per line. You’ll get a better price if you need several lines for your whole family.

In this article, we’ll look specifically at what’s offered in the single-line plans.

With Sprint out of the way, T-Mobile’s travel abroad plans are now the most reliable international cell phone plans available. Unfortunately, they come with a pretty big price jump from the $50 customers used to pay for the old T-Mobile One and Sprint international plans). But, T-Mobile’s coverage is extensive, spanning over 210 countries. I’ve used it in rural Vietnam, for example, and enjoyed surprisingly good service.

While the company claims that you’ll always have at least 3G speeds, in some regions of the world they will lag below that. When you do have 3G, your phone service is almost like what you’re used to. Allow for extra time to do the little things you take for granted like loading Instagram or refreshing your browser. Consider the lag time a disincentive to using your phone. You’re traveling! Get back out there and do something cool in real life.

T-Mobile also used to provide data “kickbacks” that would give customers with $10 credits for using less than two gigabytes of data in a billing cycle, but now that offer is only available to customers who signed up before April 2018.

Verdict: T-Mobile is your best choice for travel. Arguably your only choice.

If you want to connect to decently fast internet without any extra work anywhere in the world, choose T-Mobile as your provider. You’ll be online and have a working phone from the moment you arrive. No extra set up required. Land, turn on your phone, and you’re ready to go.

Keep reading for more alternatives if traveling with T-Mobile won’t work for you.

With Sprint out of the way, T-Mobile has emerged unrivaled as the best international cell phone provider. While Verizon and AT&T both offer global plans, neither stacks up to T-Mobile’s plan. I’ll review Verizon and AT&T international roaming plans, just to be thorough, but they are identical, and they’re both bad.

You can pay $10 a day for AT&T’s International Day Pass. That’s a lot, even if you’re only traveling for a week. This plan is full of restrictions, overages, and fine print. For example, you aren’t allowed to use more than 50% of your typical data usage. Here’s a direct quote from their site:

“If you have apps running in the background that use data, you’ll be charged the daily fee.”

You only get charged for the days you use it, but you’re going to forget and accidentally open one link, and boom—$10. Avoid this plan like the plague.

This is an interesting option, but only if you don’t plan on using it. For $40 (in addition to your monthly bill), AT&T Passport gives you unlimited text, $1 calls (woof), and 200MB of data. But overages apply: $0.25 per MB. No one thinks about the amount of data they use, so you will go over this plan quickly. If you accidentally watch a YouTube video, you’re screwed.

Verizon’s TravelPass is basically the same as AT&T—$10/day (on top of your plan) for international roaming—but has even worse overage fees and charges. Verizon charges $25 for going over 100MB.

Monthly plans are available as well, with two options:

Did you read that carefully? You have to pay to receive texts.

If none of these international roaming plans will work for you, consider going rogue and getting your own SIM card in-country.

Get Your Own SIM Card

Every cell phone company uses either a GSM or CDMA network. T-Mobile and AT&T use GSM. Sprint and Verizon operate on CDMA. Find out which network the country you’re traveling to uses and plan accordingly. Even unlocked phones won’t work on the wrong network, and you can’t just swap in a new SIM card either. The issue is the frequency the phone uses.

To further complicate things, even if you’re GSM compatible, your phone still might not work. US and Canadian phones operate on the 850/1900 GSM band, while most other GSM countries use the 900/1800 band. That means you need a quad-band GSM phone.

The new Google Pixel is a sweet unlocked phone with access to the Google Fi network. This phone is a little fringe right now but worth investigating if you’re tech savvy.

All of this sounds more technical than it is. Old school burner phones are often quad-band GSM compatible. Just double-check your make and model to be sure. For Europe, however, you don’t need to do anything; you’re fine.

The FCC ruled in 2015 that cell phone companies have to unlock phones when a contract runs out or you pay off your phone. It’s the law (at least for now). That rule is why phone companies got smart and launched those new “free upgrade every year” plans. Yearly upgrades keep unlocked phones off the market and make sure you stay loyal with a new leased phone every year.

If you have an unlocked, GSM-compatible phone, you’re good to go. Research local cell phone plans, buy a SIM card, and never worry about data overages and roaming fees. You will have to cancel your US plan or pay double while you’re traveling, which is always a bummer.

Sometimes the best international phone plan is no plan at all. Put your phone on airplane mode, enjoy the benefits of spectacular battery life, and get used to riding the WiFi train if (and when) you can connect.

Tethering your usage to WiFi is a hassle, especially if you’re a working digital nomad, but here are a few essentials that every traveler should have on their phone.

WhatsApp is the king of WiFi calling and texting because it’s free, easy to use, and just plain works. Enjoy free calling to friends and family from anywhere (almost), free document sharing, group messages, voice messages, video chat, and even a “Moments” feature like Snapchat and Instagram.

Download WhatsApp if you’re leaving the country. Actually, download the app even if you aren’t traveling. WhatsApp is a great way to stay in touch with your international friends.

Google Voice lets you message and call people from a Google-assigned number in your phone. You’re already using Google for a ton of stuff, so incorporating Voice into your international phone strategy is a cinch.

Just download the app and enjoy transcribed voicemails, group messages, and international calling. All you need is a WiFi signal.

International roaming plans can be complicated (AT&T and Verizon especially), so I’ll simplify it for you. Find a domestic carrier with rates and roaming data you can stomach, then never second guess staying in touch while abroad.

While digital nomads have a few options for making calls, the bottom line is that T-Mobile offers the only international cell phone plan that’s worth your money.