You get the idea.

But I’ve recently decided that neither of these words quite fits my husband: the person who can’t bring himself to compromise what he’s decided is the “best use” of a currency. To clarify, I’m talking about the currencies involved in the budget travel strategy of “travel hacking.” (If you haven’t already, now is a good time to read the travel hacking basics.)

The best term I’ve come up with for this kind of frugality is “best-use addiction.”

Luckily, this best-use addiction has allowed my husband to stretch our miles and points to unimaginable limits. We’re talking Guam, Singapore, Sydney, New Zealand, and Rarotonga, all for 40,000 miles in business class. While that ticket was a bit more complicated than the material we’ll talk about here, I’ll do my best to share some of the best-uses and strategies that will help you get the most from your rewards.

In the travel hacking basics post I reference the Chase Sapphire Preferred as the credit card I recommend the most. One of the reasons I recommend this card so often is because I love having the option to use the miles or points in a way that will best suit a given need.

In fact, the questions of who to transfer to, and the best uses of each program go hand in hand; addressing one inevitably addresses the other. 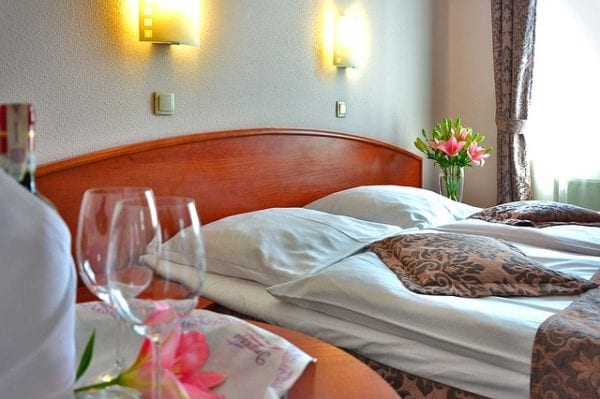 Best Use of Chase Ultimate Rewards

Breaking News! Chase Sapphire Reserve just announced the mother of all reward cards deals, with a sign up bonus of 100,000 points and a $2000 value. Check out the details on Travel is Free.

Transferring is Better Than Using the Travel Portal

Before we talk about the best transfer options for Chase Ultimate Rewards points, (and therefore the best uses of the various transfer partners), let’s discuss why we transfer these points in the first place. (Also note, this advice assumes you do not yet have the brand new Chase Sapphire Reserve card, which has an increased travel portal value of 1 point to 1.5 cents.)

There are, effectively, three actions you can take when you have Chase Ultimate Rewards points. You can either:

Though it might sound like the most complicated option, the last option will almost always provide the best rate for your travel redemptions.

For example, let’s say you have 60,000 Chase Ultimate Rewards points:

Cashing these points out would give you $600.

Booking a flight through the portal will not show you very many options, and will rarely give you the cheapest flight.

Transferring to United Miles at a 1:1 ratio on the other hand means that you’ll have enough miles for a round trip to Europe. Not to mention United awards allow one free stopover for all round trip award flights. This means your 60,000 points could get you a round trip flight to Vienna with a stopover in Paris.  That ticket has a much higher value than the $600 you could have cashed out.

When to Transfer & to Whom

As mentioned above, the benefit of Chase Ultimate Rewards is having the ability to transfer your points to the program that will best suit your travel needs. So, let’s look at the various situations that might lead me to transfer to any given program over another, and in effect, their best uses.

Booking flights within Europe, I might be inclined to transfer my points to British Airways Avios. Because I prefer saving my United miles for international flights, I like having a different currency around for short flights within an expensive country. Because British Airways has distance-based pricing for its rewards, short one-way flights within Europe will potentially cost as little as 7,500 Avios. Compared to United’s set price of 15,000 miles for an intra-Europe one-way flight, this is obviously a better deal.

British Airways does have fuel surcharges, but if you use their miles to book on a partner who doesn’t have many fuel surcharges to pass on in the first place, you can avoid this. Air Berlin for example is a good option for flights within Europe. 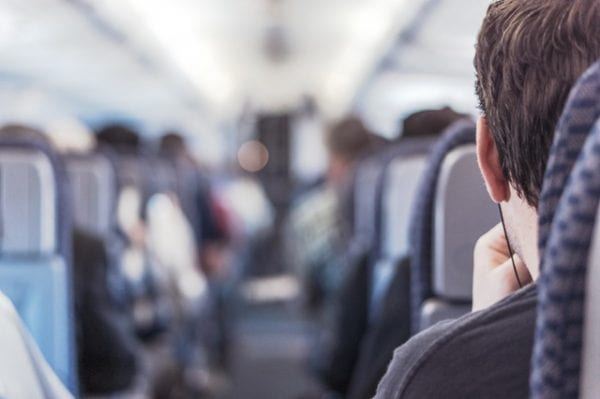 There are two airlines that deserve their own attention, aside from just a discussion within the Chase Ultimate Rewards context. If a person already has the Chase Sapphire Preferred card, I’ll often next recommend these airlines’ credit cards, because their miles are so valuable.

These two airlines are American Airlines and United Airlines, if you haven’t already guessed. The reason I suggest them so readily is because they both (mostly) lack fuel surcharges and they both have fairly competitive economy reward prices.

Because they’re both so valuable, let’s look at their best uses.

Optimizing United Airline Miles can get quite complicated, so what we discuss here will just graze the surface. For a more in depth look, you might find this post on United Award Routing Rules useful.

The icing on the cake for United rewards is the fact that they allow a free stopover on any international round trip. (At least, until October 6th, when their rules will change.) For this reason, we try to only use our United miles for flights that will take advantage of the free stopover.

In essence, these miles will be most useful for a traveler who has time to explore a destination extensively. And I’m not using the word “extensively” lightly, since United is pretty liberal with where a stopover can be placed. (Hence the disclaimer about United being a bit complicated.)

To shortcut straight to the nuggets I’ll say this: you could stopover in Paris on your way to Vienna. Spend as long as you’d like in each destination and it will still cost only 60,000 miles round trip.

Even more impressively, you can stopover in Europe on your way to Southeast Asia, and pay the price of a Southeast Asia award: 80,000 miles.

Or, stopover in Asia on your way to Australia. Spend as long as you’d like in both destinations and pay only 80,000 miles.

The easiest way to determine whether or not a stopover combination is allowed is simply to experiment with the search tool on United’s home page. Select “multi city” and see if any results show up for your desired search. If the search provides an error, try a few other cities from the regions you’re testing, just to make sure the error isn’t being caused by lack of availability. If none of your attempts pass the “error screen test”, chances are the destination combination isn’t allowed.

Or alternately, you can check out the post linked above to read about the results we’ve already tested and determined.  (Also note, because of their changing stopover rules, book before October 6th to take advantage of these creative stopovers. Tickets booked after that date will limit stopovers to the destination region.)

Not everyone wants to fly all the way around the globe when they travel, so, some people have no problem with the fact that American Airlines does not allow stopovers on their award tickets.

United Airlines as off-peak prices that keep them ahead of the curve for certain flights at certain times of the year.

Most notably, flights to Europe are discounted to just 45,000 miles round trip during the following dates: January 10 – March 14, November 1 – December 14.

For those of you who love luxury travel, American Airlines miles can be used for a Cathay Pacific first class flight to Southeast Asia for 80,000 miles one way or 160,000 round trip. That’s a lot of miles, but a fairly competitive price for a first class flight. It used to be even better at just 67,500 miles one way or 135,000 round trip. While it’s not as good of a deal as it used to be, anyone wanting to fly first class to Southeast Asia might want to take advantage of American Airlines’ competitive price.

In my opinion, the best way to make sure your miles are used to their full potential is, simply, to become informed about which miles work best for which situations. If you transfer your Chase Ultimate Rewards points to United Miles for a short flight within Europe, even though British Airways Avios might have been a better transfer option at around 7,500 Avios, it’s not the end of the world. You’ve only overspent by 7,500 points. However, little chunks of savings like that can add up over a period of time.

At the end of the day, keeping the “best uses” in mind when deciding which miles to spend for which flights is perhaps the key to making those miles last. And…of course…the least popular but perhaps most effective tip for making your miles stretch, is to suck it up and fly economy.

Some of the best transfer options depend on your needs, but my suggestion is this:

Otherwise, I like to focus on the two airline programs that mostly avoid fuel surcharges: American Airlines and United Airlines.

Best Use of United Airlines Miles: Try to take advantage of United’s free stopover on international round trip flights. Use United’s “multi city” search tool to test out and book these flights.

Keep these “best uses” in mind and adhere to them whenever possible. Obviously availability can throw a wrench in that plan, but make it a goal to use whichever available miles solve your need most cheaply.

And of course, fly economy if you want your miles to really last.