Whether we’re actively aware of it or not, travel innovations can have a profound impact on the way we explore the world.

Even in my own experiences, I’ve seen the way I travel evolve in tandem with technological advancements:

All of these things have made travel quicker, easier, or my bag lighter.

The Pilot: Breaking Down Language Barriers 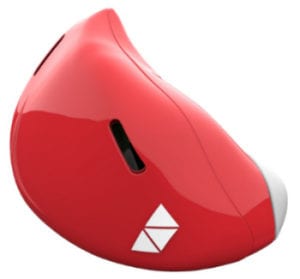 If you could have any superpower, what would it be? Personally, I’d choose the ability to speak every language in the world — and the first travel innovation on this list, The Pilot, might be the answer.

Invented by the folks at Waverly Labs, The Pilot is a real life Babel fish — similar in function (but not fishiness) to the one you might remember from The Hitchhiker’s Guide to the Galaxy. The Pilot is a pair of small cordless earbuds which translate conversations in real time from a foreign language to your native language.

As for responding, it seems like you’d need the other person to also have one of these little devices for two-way communication to work. But could you imagine how much easier it would be to travel a world sans language barriers? How many more people would feel less shy? Less afraid?

Currently, the earbuds are only available as part of a limited pre-sale ($199 USD) and are yet to go to market. Once they become widely available, I’ll be very curious to see if they really do end up creating a world free of language barriers.

The E5 Series Shinkansen Hayabusa (aka the bullet train) in Japan. The Shanghai Maglev in China. The AGV Italo in Italy. Siemens Velaro E in Spain — what do all of these have in common? Currently, they’re the fastest trains in the world.

However, a new transportation system called Hyperloop (the development of which has been led by Tesla’s Elon Musk) could soon be at the top of that list. It’s far more than just a travel innovation, though. In addition to passenger travel, it’s also meant to help transport goods in a safe, fast, and environmentally friendly manner — which would obviously have an impact on much more than the tourism industry.

In May 2016, Hyperloop built it’s first test track, a stretch of 1 mile in Nevada, but designs are currently in the works to launch a route between San Francisco and Los Angeles that would cover the 350-mile stretch in 35 minutes. For perspective, a flight is currently 1h30 and driving (with no traffic) takes 5h40.

If widely adopted, this could have a positive impact on sustainable, environmentally friendly, travel while also making it quicker and safer. That’s a triple win, if you ask me. 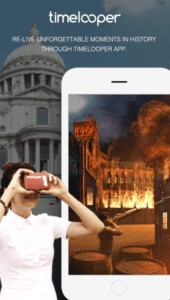 If you love to travel, I’m sure you’ve thought about how cool it would be to time travel. (Ugh, this geo-travel thing is soooo 2010… Kidding.) With Timelooper, you can — or at least pretend to.

Timelooper is a virtual reality app that, in partnership with several famous landmarks, allows you to view what it was like in that location up to 750 years ago.

Using your smartphone and a cardboard headset (which you can rent from said landmarks as you would an audio tour), you could relive “the kiss” in Times Square, the Tower of London in 1255, or any number of events currently in the works.

As it’s pretty new, it’s currently available only in New York, London, and Turkey. But if you’re headed to any of those destinations, head over to the app store, put on your sightseeing hat — err cardboard glasses — and give it a whirl. 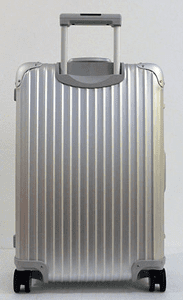 Even though the Tortuga team and I rarely check our bags, this travel innovation is undeniably a game changer: electronic luggage tags that allow you to check a bag from your phone.

In addition to BagTag, which was tested by British Airlines back in 2013, the German luggage company Rimowa has developed a similar technology with their new electronic tag suitcase and app that allow you to check your bags in from your phone.

At the moment, Rimowa’s technology only works on Lufthansa, but they’re currently testing out the product with United, Condor, and Thomas Cook.

Given how much of a timesaver electronic and mobile boarding passes have been, I can only imagine that Rimowa and BagTag could do the same for baggage checks. 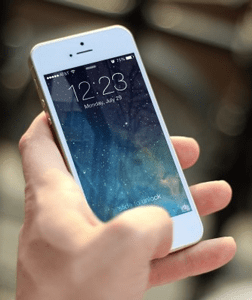 Over the past 10 years, using my phone overseas has become increasingly easy — just swap out a SIM and you’re good to go. However, it may be about to get even easier thanks to the folks at GlobeTouch, who have been working to develop an app that will allow users to have a local phone number anywhere in the world without even switching SIM cards.

Users simply download the app, switch it on once they’ve arrived in their travel destination, and top up phone credit on the app.

By eliminating the need for a SIM card switch, travelers will be able to have instant access to local phone numbers with text, voice, and data plans without even having to visit a kiosk at the arrivals gate.

It’s slated to be released this fall and will only work in a few countries initially, but I will definitely be keeping my eyes peeled for news of its development and expansion.

Recently, I attended an event, hosted by Tourism Israel, in which they had VR goggles for attendees to take a virtual tour through Israel. I’d heard talk about VR shaking up travel advertising, but after putting those goggles on it instantly clicked: VR is going to rock the travel industry. 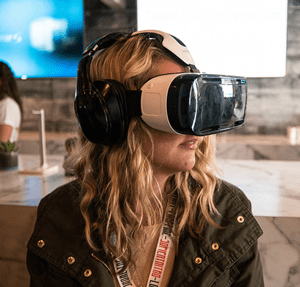 However, we’re still not entirely sure how it’s going to shift things. Questions surround whether it will it create more excitement about visiting a destination, hotel, or landmark in real life, or will it act as a replacement for travel? The optimist in me would like to believe that travel lovers will never exchange the actual experience of travel for a simulated one, but that a simulated experience would be a way for those who don’t, or can’t, travel to “see the world.”

For the immediate future, though, it’s clear that VR could at least compete against videos and photos as the penultimate way to preview and get excited about a destination. We already know that high-quality photos and videos are important when it comes to deciding where we want to travel, stay, or eat, and VR will only improve on that experience.

With virtual tours of hotel rooms (which Marriott has already been experimenting with), destinations, and more, VR could make saying, “Wow, this hotel looks nothing like I though it would,” a thing of the past.

“The closer you get to the destination, the more excited you are to have that experience,” said Marco Ryan of Thomas Cook Group in his interview for a recent Bloomberg article on VR’s impact on the travel industry. 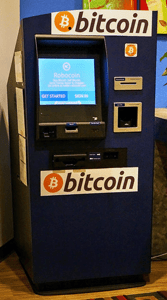 With the Robocoin Kiosk, travelers can withdraw money by entering their phone number, pin, and scanning their palm.

“This is ideal for spies or anyone who just likes to travel light—or may have suddenly lost their wallet during a bar crawl in Prague,” says Travel+Leisure in their review of Robocoin Kiosk.

Currently, Robocoin has 11 ATMs in cities around the world. Obviously, we’re going to need more universal presence for this travel innovation to be a viable backup for lost or stolen credit cards while abroad, but it certainly has that potential.

Spinlister: On-Demand Bike and Board Rentals You’d Actually Want to Use 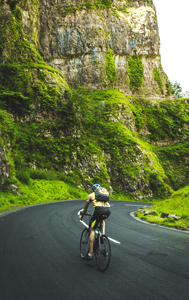 As a cyclist, being able to bike around a city and its surrounds is my favorite way to explore — but most bike rental outlets and city bike shares won’t cut it for a more serious ride. Surfers and snowboarders also face this problem and all of us have chosen a sport that involves large equipment which, unfortunately, is a pain to travel with.

Enter, Splinster, a peer-to-peer bike, surfboard, and snowboard rental service that operates like Airbnb or Turo. Bike and board owners list their equipment and travelers can rent pro equipment by the day, thereby eliminating the need to check your bike, surfboard, or snowboard and lug it around an airport.

Similar to Airbnb and the presence of actual bed and breakfasts on the site, Spinlister does also allow travelers to discover rentals from local bike and board rental companies as well.

I’ve yet to test it, but might give it a spin (pun intended) next time I’m in one of the 14+ cities they operate in.

This past decade has seen some incredible advancements in travel technology and innovations, but it’s not over yet.

Have you heard about any of the travel innovations on this list? Which ones are you most excited for? Is there anything else out there that you think will change how we travel? Let us know!