We broke through the greenery and found ourselves perched on a hill, overlooking Berlin. On either side were concrete bunkers, painted with graffiti and crowned by chain link fence.

On top of each bunker was a naked hole, where the anti aircraft guns used to hunker and spew hot casings. Below, the vast majority of the concrete penetrated deep into the hillside.

These formidable bunkers were Berlin’s aircraft defence during World War II. They also gave her citizens shelter during air raid bombings. Huddled in the darkness, they waited, smelling dank concrete, hearing the bombs fall and explode, as the gunners above fired back. If you listen closely, you still hear the echoes.U

Under a grey damp sky, my husband and I walk around the gun pivot, rattle the chain length fence, and stare down some youths giving us the steal-your-bag side-eye.

Ah, Germany — I come for your beer and Oktoberfest but stay for your history. And you remain one of my favorite countries, filled with spaetzle, a speckled past, and delicious beer.

Wondering what to pack for your trip to Germany — perhaps Oktoberfest? Keep reading for your Germany packing lists, by season.

What to Pack for Germany: The Basics

It probably goes without saying that you’ll pack the usual wardrobe basics: socks, underwear, and your favorite t-shirt. Germany has a number of micro-climates and the weather is subject to change year round, so the key to mastering your packing list is including basic pieces that you can layer to cover a range of options. Plan to do laundry and it will minimize what you need to pack.

If you’re spending time in the cosmopolitan cities, make sure your wardrobe includes at least one collared shirt or nice blouse for going out. Try to limit yourself to just one, or at most, two pairs of shoes: one for urban walking and another for countryside adventures. Germans are outdoorsy, as a culture, so you’ll find lots going on in the rural areas around cities.

No need to stuff your bag with toiletries, unless you are product specific, everything you need can be purchased in Germany. 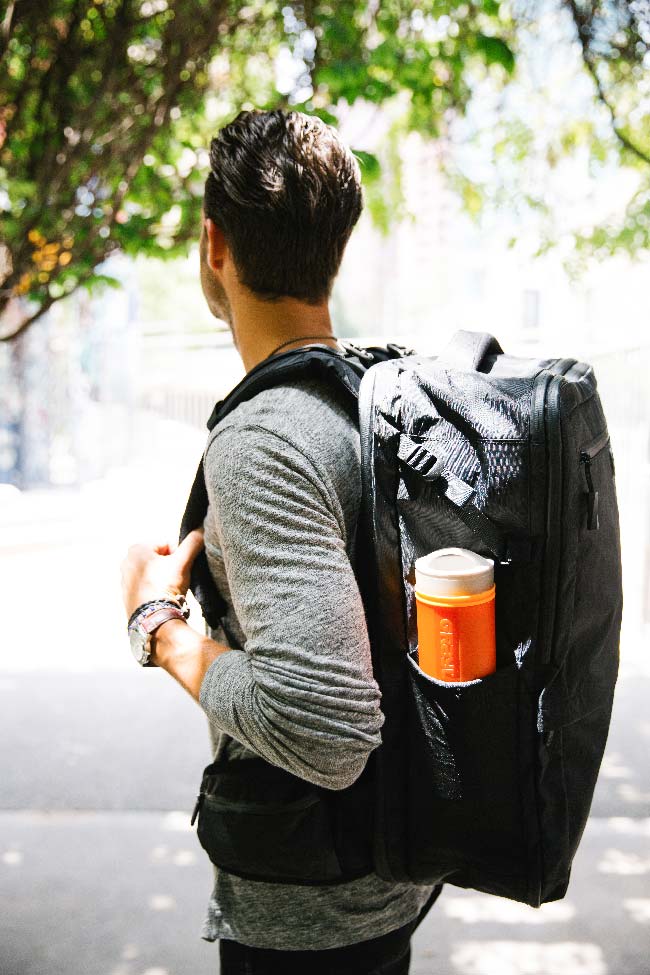 With a culture renowned for elegant design and efficient organization, blend in seamlessly with luggage that excels at both.

Get uber organized with a set of packing cubes that make packing, unpacking, and keeping your stuff perfectly put together, a snap. 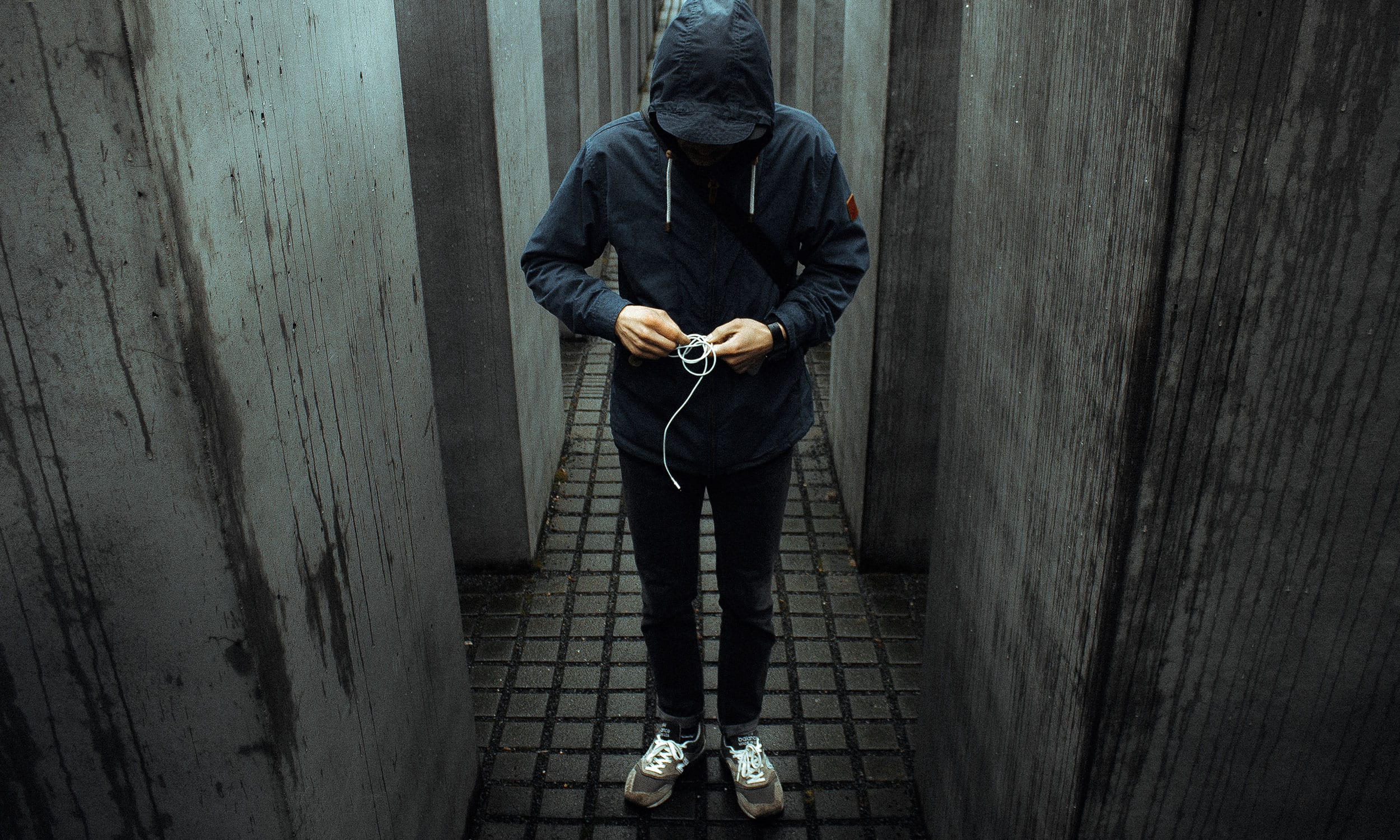 What to Pack for Winter in Germany

Germany gets bitterly cold in winter. Your solution: pack for a cold weather trip, in layers to stay warm.

If you’re headed to the slopes, for a ski or snowboard trip in Germany’s alpine areas, expect frigid temperatures. In Berlin, temperatures can drop below freezing and stay there for days. 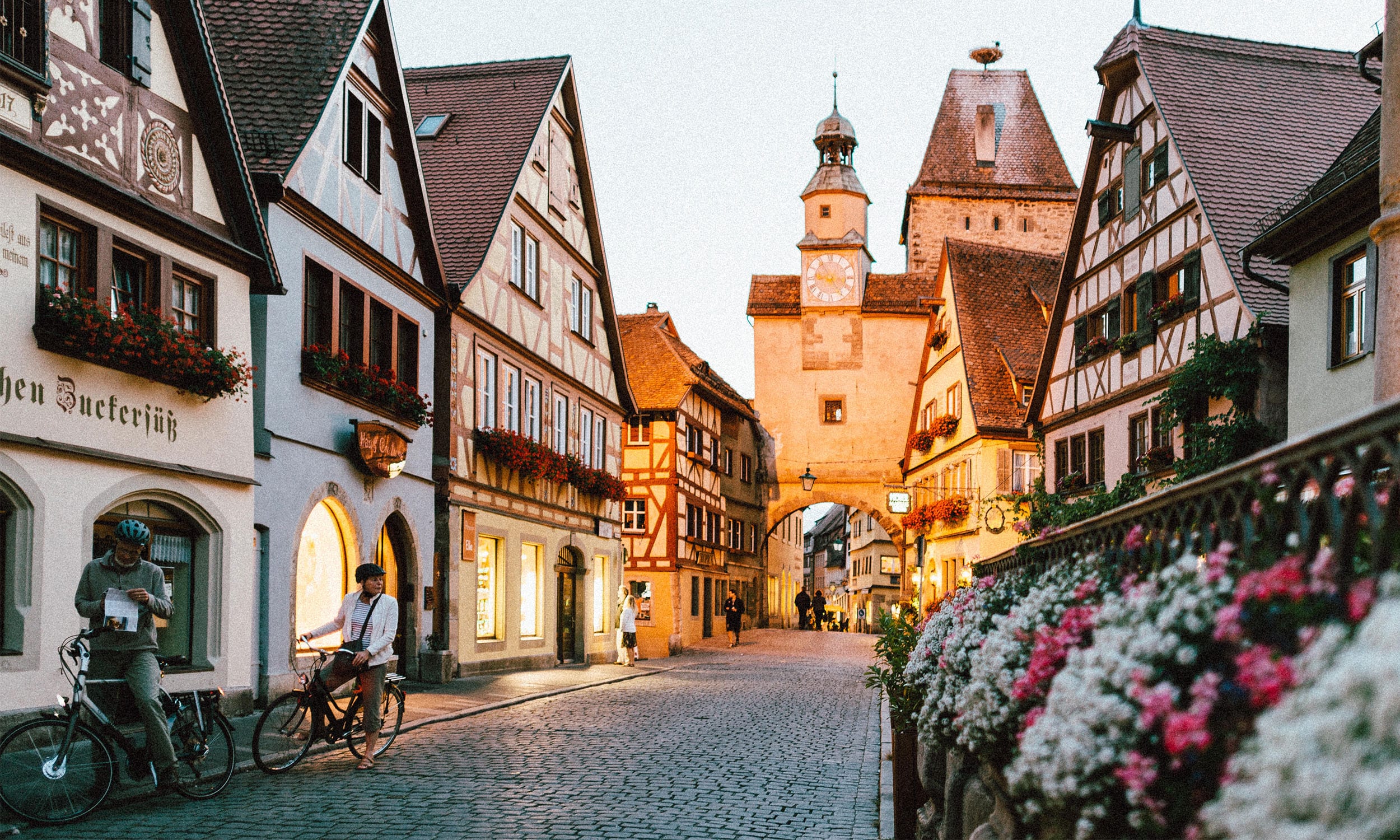 What to Pack for Germany in Spring

In spring, expect rain showers and overcast skies. Or even snow, if you’re in the mountains.

In May, I’ve run down a German mountain — and sweat every minute of that hike — near a glistening alpine lake. And in May, I’ve walked along the Berlin Wall in a cold downpour. Spring is unpredictable, so pack layers and maybe your travel umbrella.

What to Pack for Summer in Germany

Temperatures rarely rise above 82 degrees Fahrenheit in summer, so expect cool summer weather. Perfect for wandering to Checkpoint Charlie, idling the riverwalk in Mainz, or chowing down on currywurst under a bridge just over the dividing line between East and West Berlin.

If summer rain comes, it only lasts for an hour or two. Sometimes Berlin has a day above 88 degrees, but those are few and far between. 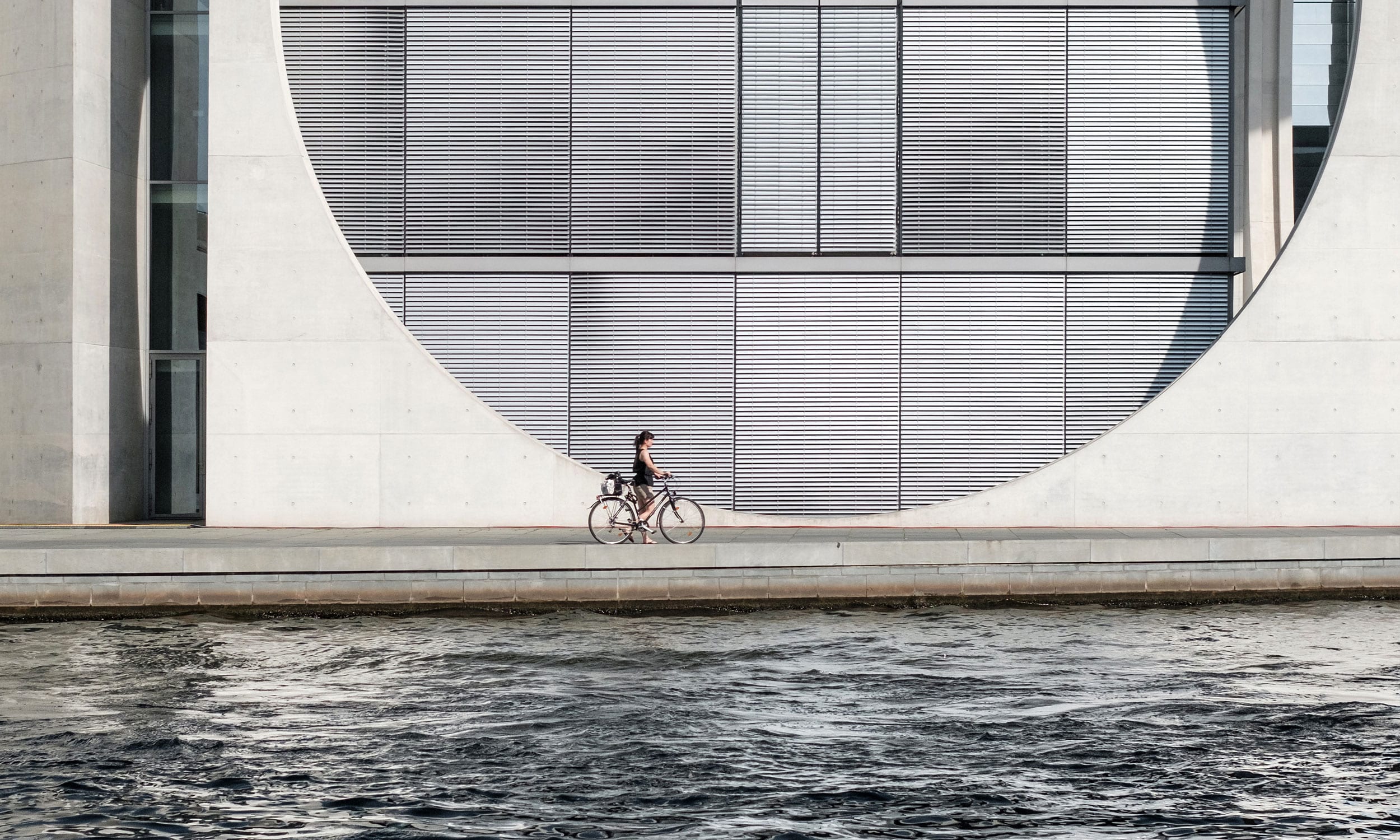 What to Pack for Germany in Autumn

Autumn in Germany is spectacular. The temp rarely rises above 70 degrees Fahrenheit, making the days just warm enough with a hint of cool to keep you comfortable.

Be prepared to encounter sun, or rain, on your adventures with: 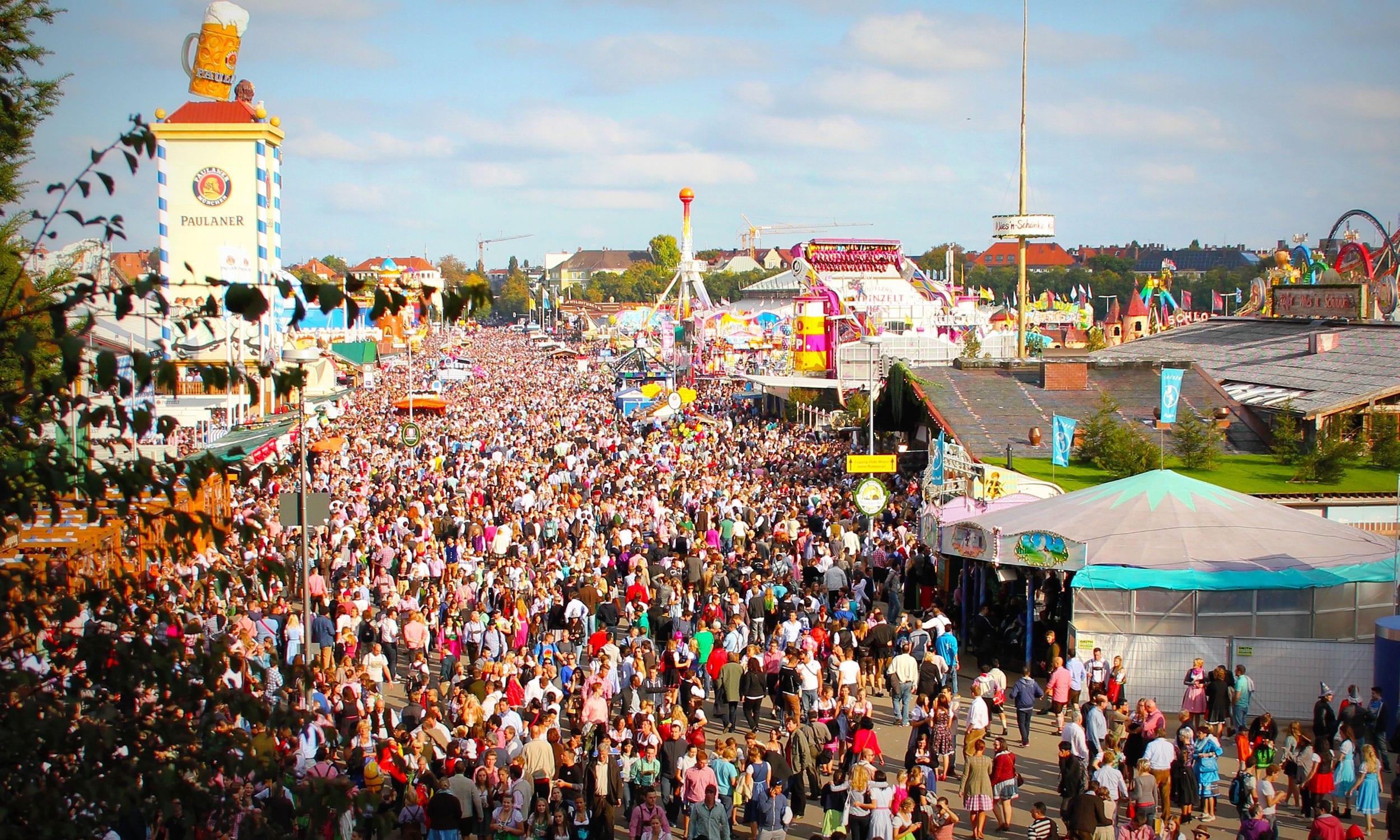 What to Wear in Germany for Oktoberfest

Oktoberfest in Munich is a 16 to 18 day long folk festival. Mark your calendar for its start in mid-September. Also: it’s about more than just beer.

The first Oktoberfest was held in 1810 in honor of the wedding between Crown Prince Ludwig of Bavaria and Princess Therese of Saxony-Hildburghausen. The party in Munich lasted for five days.

But echoes of that party reverberated long after. The burghers of Munich wanted a party like that every year. And so began Oktoberfest which has happened almost every year since then.

Pack your Tracht (or traditional Oktoberfest clothing) in your Outbreaker. Or buy it in Munich at a traditional store.

For the men, pick up your lederhosen (the traditional Bavarian pants) at C&A. Pair it with a white or colorfully checkered shirt, and knee-high cable-knit socks. If you’re feeling very daring, include the haferlschuhe to tie up the shirt’s side.

For the ladies, pick up your rock (skirt), mieder (bodice), schürze (apron) and bluse (blouse) on eBay and arrive prepared.

Germany is beautiful year round. Plan for city and rural adventures by packing in layers and including clothing that can be dressed up or down. Expect rain showers to happen any time of year.