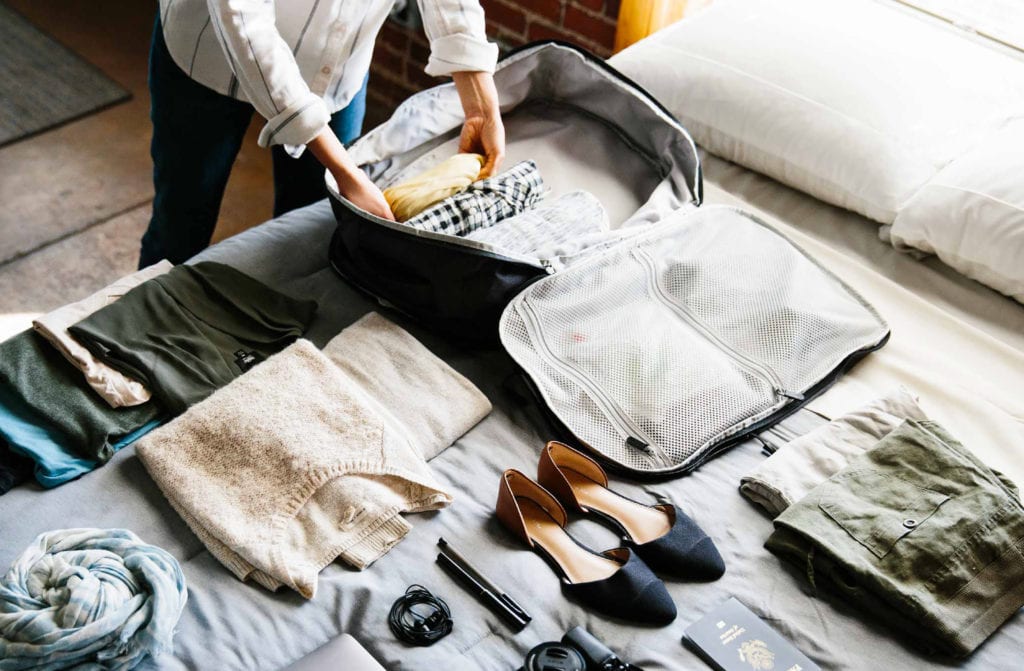 When you start out, you pack too much stuff. So you cut back but aren’t sure if you have everything you need. The hardest part is you don’t know if you got it right until you’re on your trip. By then it’s too late.

Packing the right stuff is the first step to making travel easier.

You want advice from your fellow travelers, from the experts. You don’t need inane posts from a “content farm” or a page full of links to Amazon.

We’re a team of passionate travelers with decades of experience to share. We travel light, so the stuff we carry has to be the right stuff.

On a backpacking trip to Eastern Europe in 2009, we learned how hard it is to travel with the wrong gear. We brought too much stuff and packed it in the wrong bags.

We couldn’t find the perfect travel backpack. So we made it.

We are childhood best friends Fred Perrotta and Jeremy Cohen. We founded Tortuga in 2010 to make the travel backpack that we wanted to carry.

After starting the company, we heard from travelers experiencing the same problems that we did. They wanted to know how to pack less and what gear to bring. We created the Tortuga blog to share what we had learned. For over a decade, we’ve been working to make travel—and packing—easier.

Our packing lists are written by people who have been to that destination, often multiple times.

Our gear recommendations come from heavy use in demanding environments, like testing filtration bottles in rural Guatemala and base layers in northern Sweden.

We don’t just take a cursory glance at star ratings online or review free products sent to us as promo from within the confines of a sterile office. In fact, we’ve never had an office.

We test travel gear on the road. If a recommendation is based on someone else’s experience or review, we’ll tell you that in the post. We often link to reviews from the experts that we trust so you’re getting the information you need to make an informed buying decision.

While research is a key part of writing a great article, you can rest assured that everything on the Tortuga blog is written by someone who has “been there, done that” because in travel—like in life—experience matters.

Jenn raised four children while traveling full-time for more than a decade– it’s called worldschooling and it’s awesome. Jenn has been published in numerous travel publications, partnered with brands to promote travel and education, she writes and speaks frequently on topics related to work-life integration for travelers, solo female travel, and family travel. Jenn has traveled deeply in more than 50 countries on six continents.

If you want to learn about budget travel, minimalist carry on packing, or how to travel (and even live and work) in dozens of countries all over the world, Shawn is your guy.

Shawn is not a New York Times bestselling travel author, but he is a full-time freelance blogger, copywriter, and content manager and is also a published photographer. He likes to rock climb, trek, surf, ride his bike, and read a bunch of sci-fi books.

Jessie is a writer, editor, and content marketer who covers travel gear and adventure travel. She’s called many places home and traveled to 45+ countries.

She now lives in San Francisco with her husband where she splits her time between traveling, adventuring outdoors, and cooking (okay, eating).

Awkward Instagramer, hater of air travel, and intense lover of donuts, Bennet spent most of his 20s, as a nomadic human rights researcher. His time abroad has taught him to travel the world with care, respect, and in his own time.

Bennett treats globe trotting like a nice meal out – never rushed and savoring every moment.

Megan Lee likes to joke that she majored in study abroad in college. Living in the Bay Area, she earned her chops as a writer, digital marketer, and urban traveler.

Laura’s first trip was when she was 3 months old, instilling an insatiable wanderlust. She hasn’t stopped traveling, or writing about it. As an expert in carry on travel, she’s flown on over 100 flights with only a carry on bag. Even on trips with her husband and kids.

She believes travel is the great educator — and vital to our humanity.

Stacey Ebert is a freelance writer, blogger, educator, yogi and traveler who has adventured through over 50 countries. After a 10-month honeymoon around the world, she started writing about adventure, journey and perspective changing life shifts.

She’s a badass at finding travel discounts, drilling down the details and asking the hard questions. Her work has been featured in both travel and educational publications.

Occasionally, we publish work from Tortuga team members and other writers. That usually happens when one of us isn’t the right person to write the post because they haven’t lived that experience.

If you’re an expert traveler who’s interested in contributing to the blog, pitch us here.