My first trip to Europe was backpacking with two friends after college. We planned a lot of our journey and left room for spontaneity. There were accommodations to figure out, maps to read, sights to consider, and endless cuisine to experience.

Planning that European adventure taught us more than how to search for travel recommendations (before the internet) and how to get from a train station to the city center; it taught us to believe in ourselves, trust our instincts, listen to each other, and to plan for some but leave room for endless possibilities.

Whether you’re backpacking after university, seeking a digital nomad lifestyle, traveling with friends or heading off to your first international city – Europe beckons. Hopping across the pond is exciting, exhilarating, and opens a world of diverse culture that is different to your everyday. Where would you visit, what place would you stay – how would you get there? The world is wide – just go!

Choosing where to lay your head at night is no easy task. These upscale spots will fill your longing for luxury, comfort and ease.

When traveling, how to get there and where to stay are the two main questions all travelers have to answer. Whether you’re searching for a budget-friendly spot or one that’s closest to your favorite market, these sites have heaps of options.

Looking for that cool place with a that little something extra? Boutique hotels fold into the culture of their country of residence. Fill your stay with comfort and local flair at boutique hotels that provide the extra something that the big chains can’t. 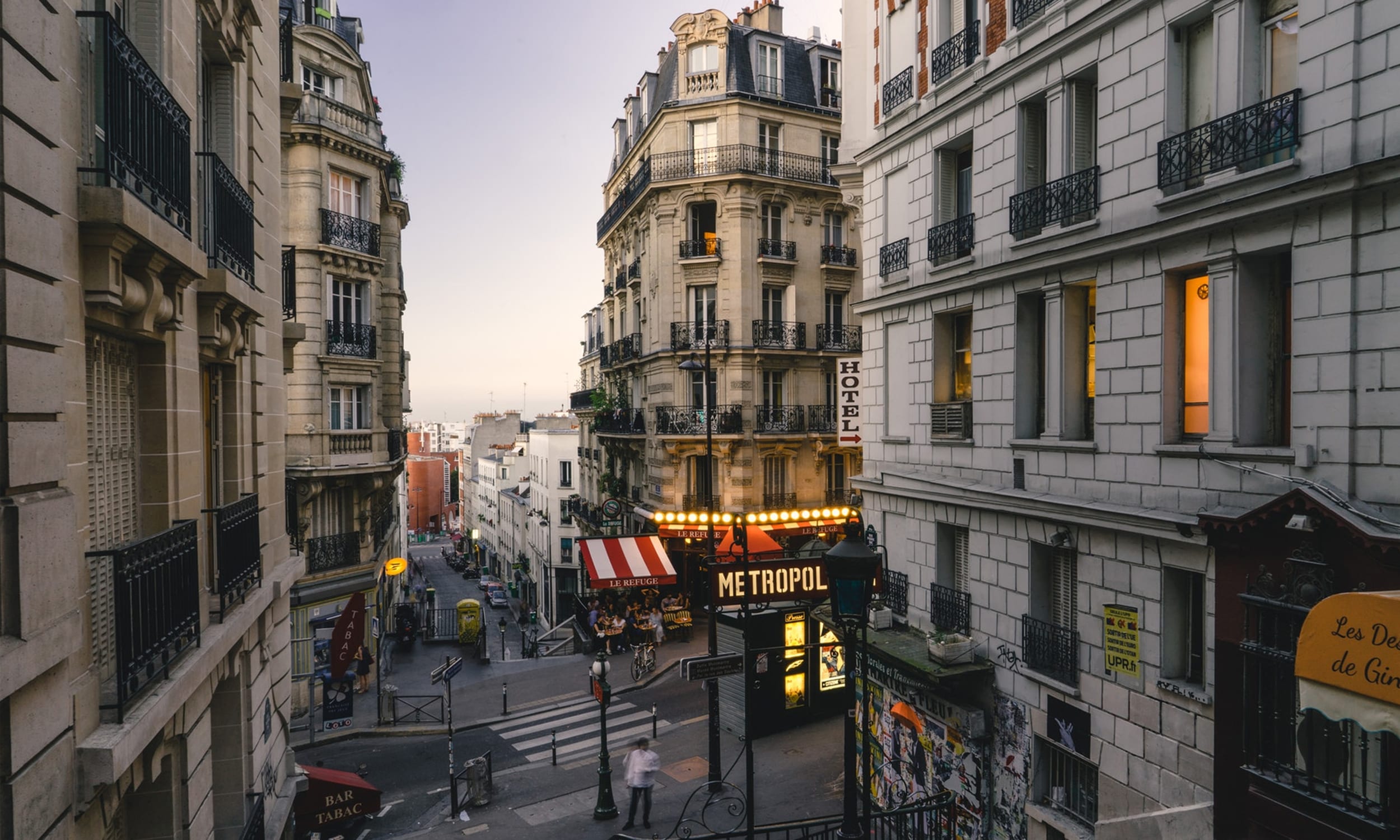 Traveling with a big group, have specific dietary needs, or want to bring your pet? These are only a few of the many reasons travelers look to vacation rentals. Most European vacation rentals average from $50-150 a night, come fully furnished and include all the travel essentials. Guests save on food while cooking from the comfort of your own home-away-from-home. *If you need speedy wifi access, be sure to ask before you book*

Want to travel the world while spending little money on accommodation? Feel the need to look after some chickens, take care of a farm or snuggle with a four legged furry friend? House sitting might be the thing for you.

Do you enjoy sleeping under the stars, or find yourself wanting to take your own belongings on the road with you? Camping or RVing Europe might be right up your alley.

Campgrounds in Europe are often located within walking distance of towns, or public transportation routes in major cities. Many will offer cabin accommodations, complete with bedsheets – so tents are not required. A downside to camping is that you’re at the mercy of the seasons and could wind up traveling during the more crowded travel months. Give it a try – it’s the only way possible to get a 1,000 star review.

Want to sleep in a raft, a tree or who knows what else imaginable – unusual camping spots are available all over the world. Try out a retrofitted camper, make yourself at home in a traditional yurt or dangle from the branches of the highest tree. 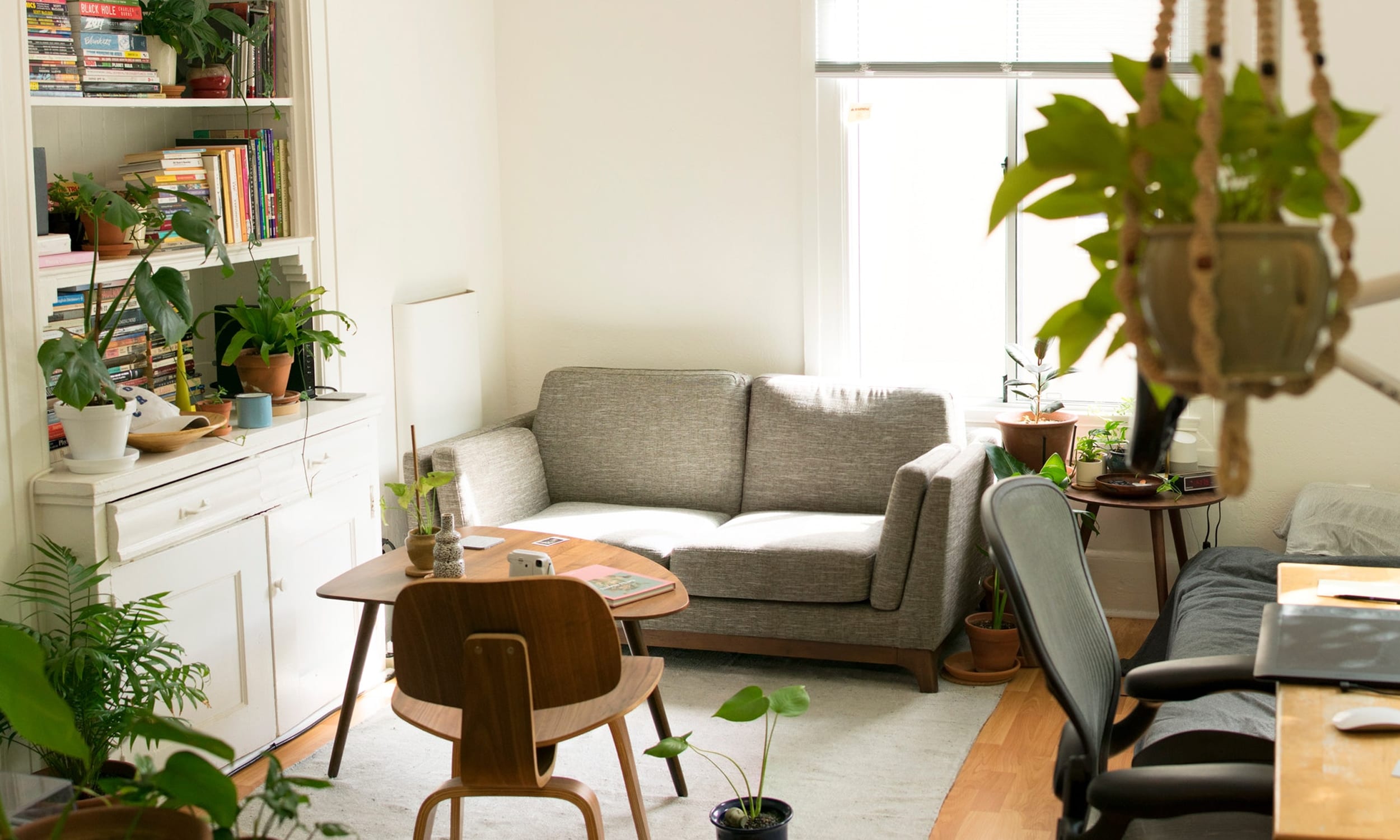 The weird, the fantastic, and the unbelievable. Castles, cranes, and cliffside stays add to the adventure of your wild and wonderful holiday.

Hostels are a very popular way to stay in Europe (especially among young people). Guests might sacrifice a bit of comfort to embrace a sense of adventure. Many of these are backpacker’s go-to booking sites yet, it’s worth noting that some of the listed hostels have age caps, on the upper and lower ends. Be sure to ask before you book. 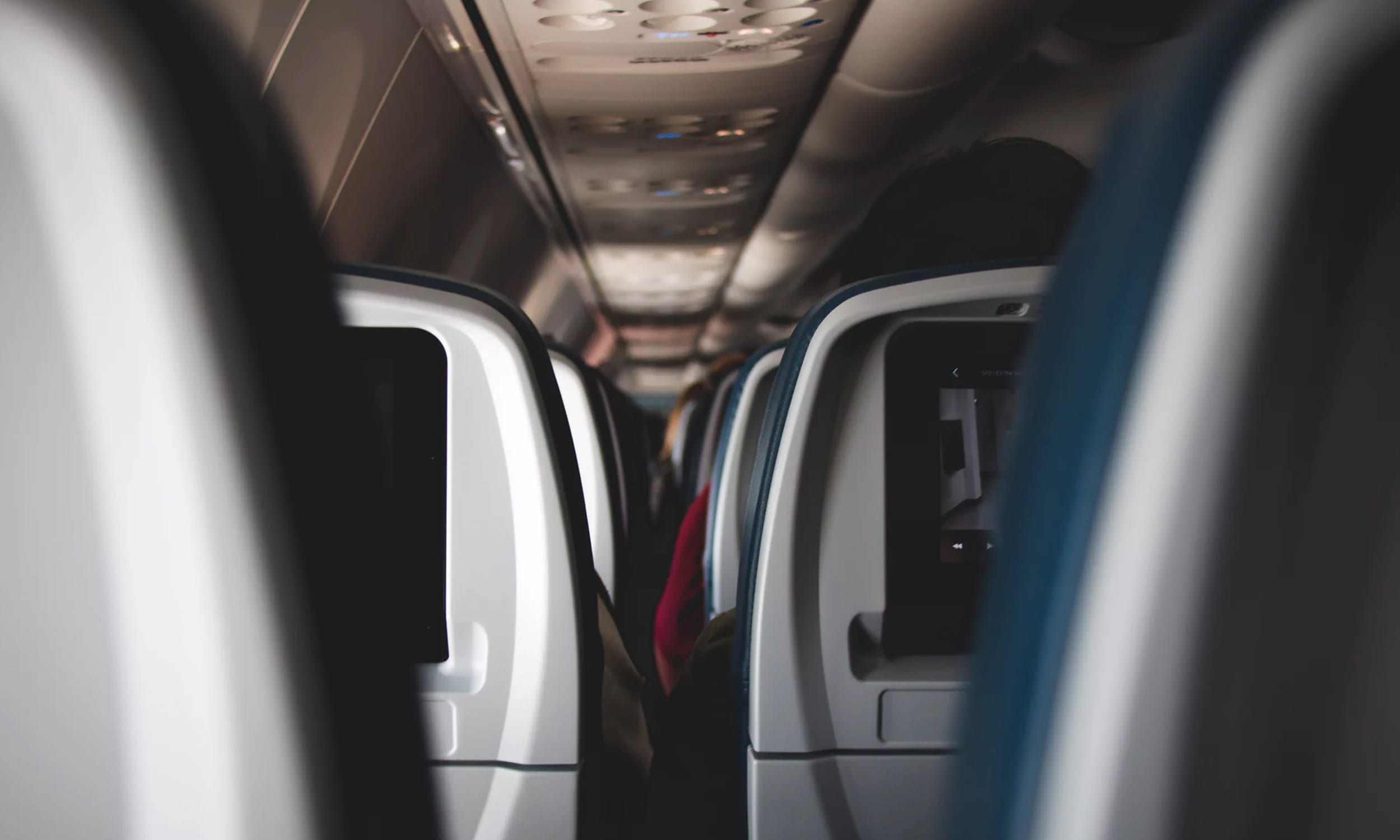 Somehow, we all have to get to our destination. For many of us, that involves airports and airlines. There are always those big international carriers, but remember to give those local, budget-friendly and uber cheap options a shot. Especially in Europe, where budget flight deals abound.

Budget airlines in Europe are notoriously cheap, and will find ways to charge for everything imaginable. Keep in mind they don’t often fly to major airports. If this is your first experience with them – pack light

Flying into France, whether from mainland Europe or North America, will take you to a major city. If traveling from North America’s east coast, check out Nice, or Marseille as alternatives to flying into Paris. If time is limited, there are inexpensive flights between the major cities in France and the rest of Europe. Budget airlines do not provide any amenities and often find ways to charge for everything. Traveling with only a carry on backpack will save you heaps of cash.

Flying into Germany, whether from mainland Europe or North America, will land you in a major city. If flying from North America’s east coast, check out Frankfurt, or Munich as alternatives to Berlin. If time is limited, there are inexpensive flights between the major cities in Germany and the rest of Europe.

Flying into the UK, whether from mainland Europe or North America, will put you in a major city. If traveling coming from North America’s east coast, check out Dublin and Glasgow as alternatives to flying into London. 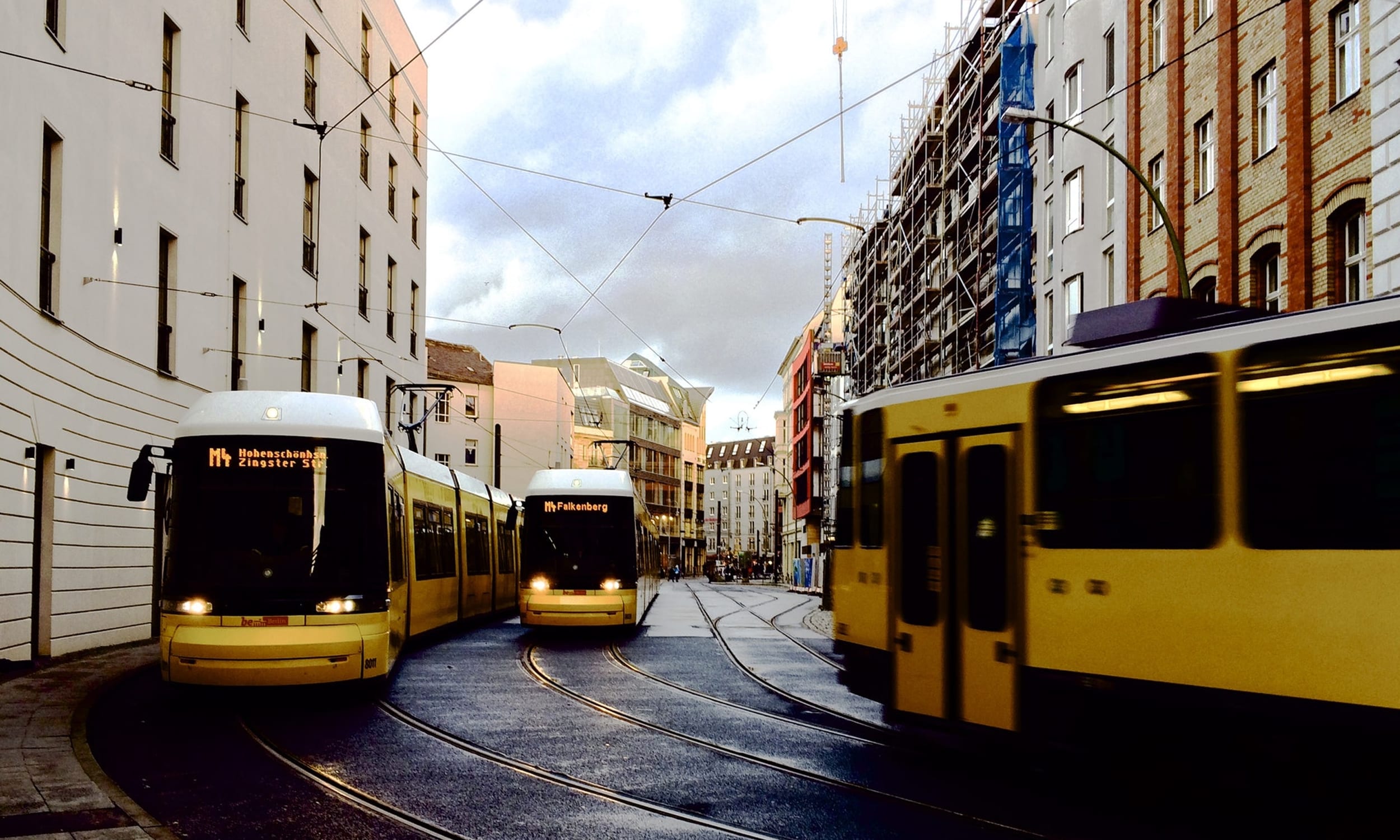 Taking the bus between cities and towns is a picturesque and economical way to get around Europe. There are several options for bus lines and many offer passes to further reduce the cost and increase flexibility of travel. Even if you don’t have a pass, don’t hesitate to book (even at the very last minute)!

Train travel is common in Europe. Get onboard!

Have you considered ride sharing while in Europe? Particularly within urban areas, and sometimes between towns, a ride share can be a great way to meet interesting people and save money, too. If you aren’t ready for standing alongside the road and hitchhiking old school, these sites will help you find a reputable ride.

Most of the bigger car rental agencies operate in the Europe. Kayak, Priceline, or whatever you generally use to book car rentals will work. If you’re renting a car for more than 21 days, you may want to consider a “buy back car lease.” Although they’re not always a cheap way to travel, the two resources below will help you start your search to find out if this is the best way to travel for you:

For North Americans, it may also be required, by some car agencies, to have an International Driver’s Permit. This is easily procured through AAA and is valid for one year. Be sure to double check this with your rental agency when you book your rental.

Consider contacting your car rental company or the travel insurance portion of your credit card or travel insurance company to find out if you’re covered for overseas rentals or if it might be beneficial to take the coverage onsite.

Cars in the UK reminders:

The easiest “hack” for making sure you don’t turn into oncoming traffic or the wrong way down a one way street, is to remember this simple rule, regardless of which country you are in: Keep your body in the middle of the road. Whether it’s right or left hand drive, as long as you are in a car that matches (a local vehicle, not an import that is opposite) keeping the driver’s body in the middle of the road will result in correct lane placement.

Are you a fan of water travel? If your heart is happy when floating along the waves or sitting amidst the center of of nature – boat travel is for you. Give those ferries, cruises or riverboats a try and let your spirit soar.

The rivers of Germany are an awesome way to travel. There are tours readily available across a range of budgets. If tours aren’t your thing, travelers can arrive by ferry at a variety of ports. The most common routes are between the Scandanavian countries and Germany. There are no direct ferries from the UK.

You can arrive by ferry to Spain at several ports. Common routes are between the Spanish islands, to the UK and back, as well as across the narrow strait to Morocco. The rivers of Spain are an often overlooked way to travel. Check out travel options that fit your budget.

The UK is a grouping of islands and ferries are an obvious way to travel between them all. In addition to ferries, rivers and canals of the country can be explored by flat bottomed river barges ranging from budget-friendly to downright luxurious. 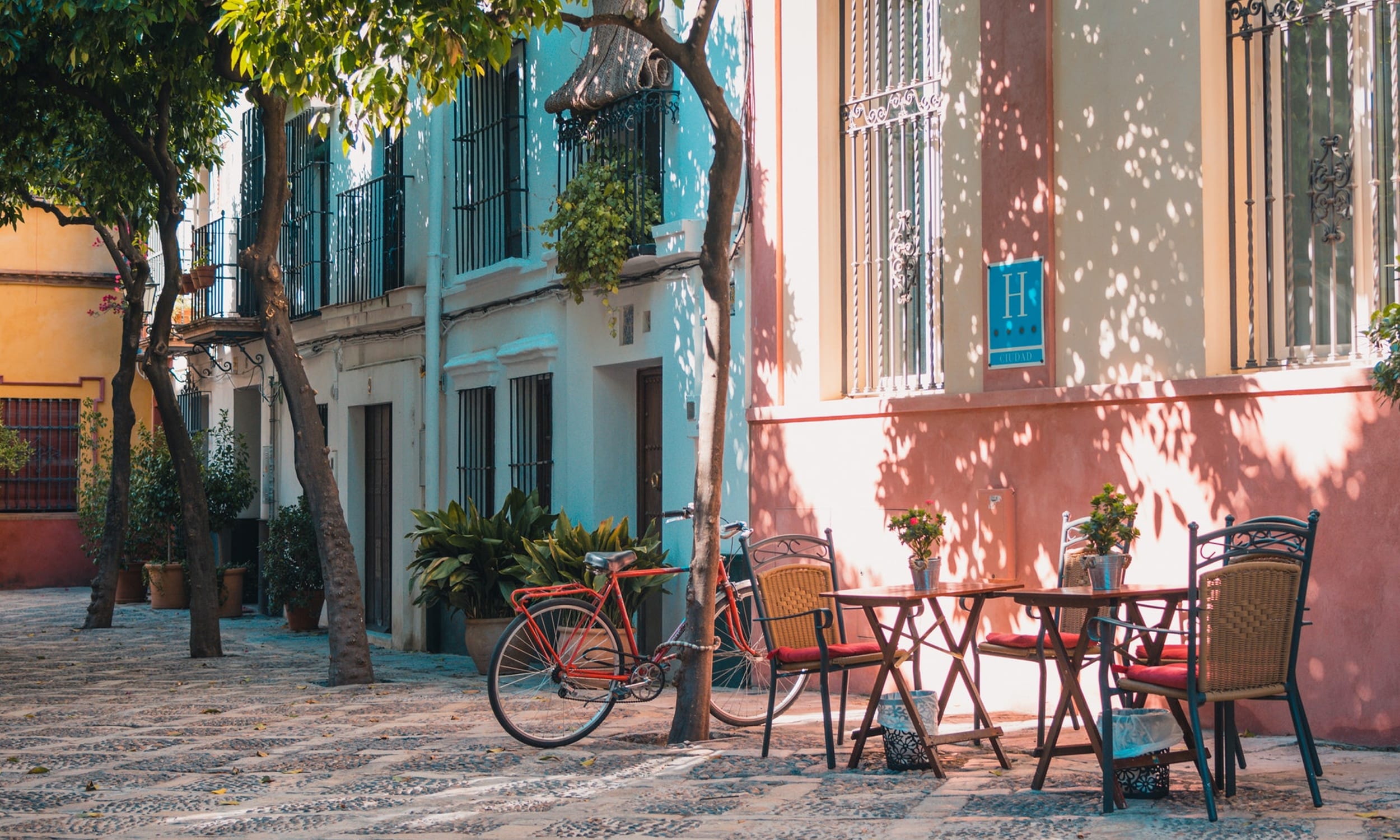 Do you fancy two wheeling it around Europe? Whether you grab a tour, have someone help you out or take to the roads on your own – wheeling your way through urban and rural settings with the wind at your back is right for you.